A new process for stereolithograpy has been revealed by Carbon3D, a $41M founded company by Sequoia Investment Capital.

This technology allows a 25-100x faster printing by using a special process that involves Oxygen and UV light. Thanks to this, the printing is no more done layer-by-layer but involves the full 3D volume of the resin basin.

Carbon 3D describes the process in this way:

By bringing oxygen into the equation, a traditionally mechanical technique for 3D printing suddenly becomes a tunable photochemical process which rapidly decreases production times, removes the layering effect, and provides a technology which may just take 3D printing to the next level. The CLIP process relies on a special transparent and permeable window which allows both light and oxygen to get through. Think of it as a large contact lens. The machine then is able to control the exact amount of oxygen and when that oxygen is permitted into the resin pool. The oxygen thus acts to inhibit the resin from curing in certain areas as the light cures those areas not exposed to the oxygen. Thus the oxygen is able to create a ‘dead zone’ aa4within the resin which is as small as tens of microns thick (about the diameter of 2-3 red blood cells). In this subsection of the resin, it is literally impossible for photopolymerization to take place. The machine will then produce a series of cross sectional images using UV light in a fashion similar to playing a movie. 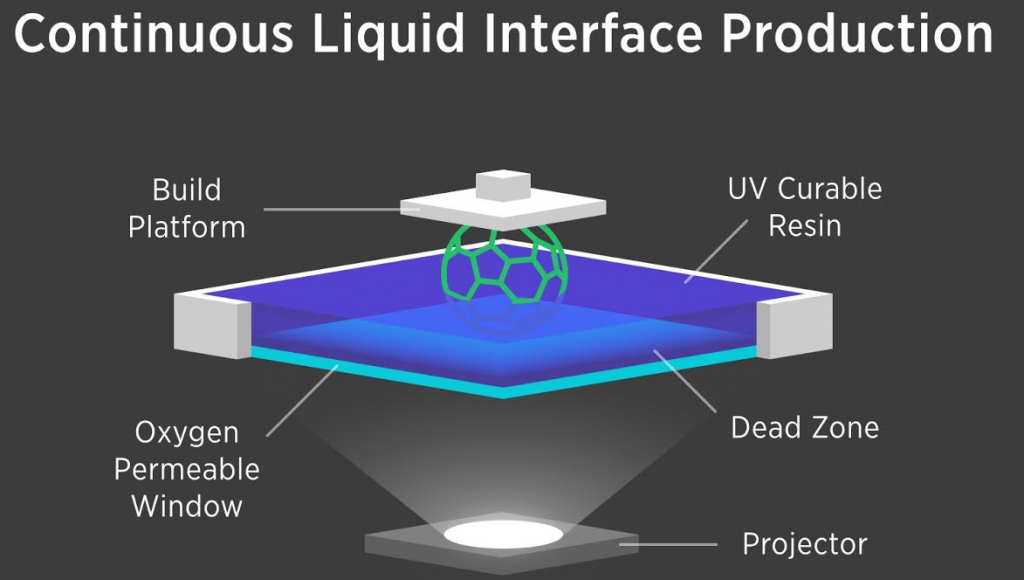