Welcome NeuroGrid: a Circuit Board Modeled after the Human Brain

This is not Open Source yet, and will never be maybe, but for sure at stanford university they’re working on something great: a brand new board that simulates a million neurons connected by billions of synapses in real-time, rivaling a supercomputer while consuming a 100,000 times less energy: five watts instead of a megawatt!

“If we ever want to be able to run a computer that simulates the hundred billion neurons at work in a human brain, though, each of its silicon chips will have to sip, not gulp, energy. And while computers will have to process information through pathways more organic and complex than the classic von Neumann architecture, they will have to keep up a demanding pace.”

via NeuroGrid — A Circuit Board Modeled after the Human Brain | Singularity Hub. 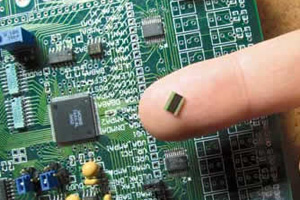