The RadioInstigator is an Affordable Signals Intelligence Platform 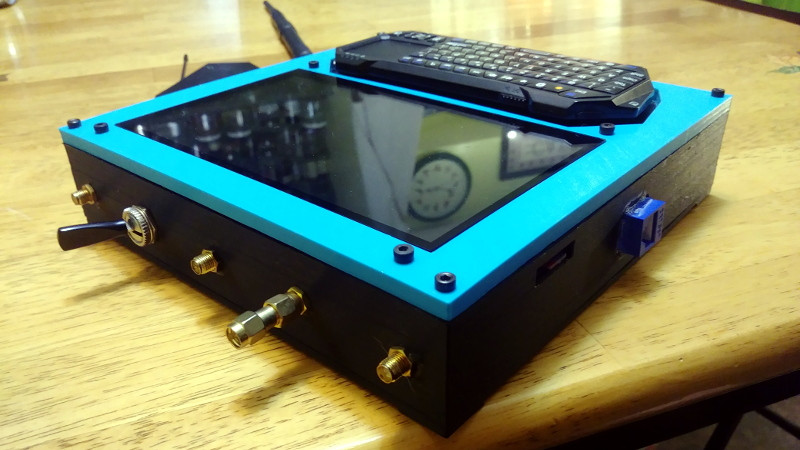 Circle City Con is a yearly conference that focuses on information security talks. At this years conference Josh Conway presented an interesting talk titled “SigInt for the Masses Building and Using a Signals Intelligence Platform for Less than $150”.

The maker describes his RadioInstigator as an affordable way to get into the world of wireless security research beyond the traditional WiFi and Bluetooth. None of the hardware inside the device is new exactly, it’s all stuff the hacking community has had access to for a while now, but this project brings them all together under one 3D printed roof as it were. The end result is a surprisingly practical looking device that can be used on the go to explore huge swaths of the RF spectrum at a cost of only around $150.

The user can interface with the various security tools installed into the device using a touch screen display combined with a portable keyboard and connected to a Raspberry Pi 3 B+.

Connected to the Pi is a CrazyRadio, which is a nRF24LU1+ based radio that can be used to receive and transmit 2.4 GHz. The RadioInstigator makes use of the RPiTX software which allows Raspberry Pi to transmit an arbitrary radio signal from 5 kHz up to 1500 MHz without the use of any additional transmitting hardware. You have just to connect an antenna directly to a GPIO pin.

All you need to build your RadioInstigator is available here.