The Disney’s Dancing Teapot is Real! 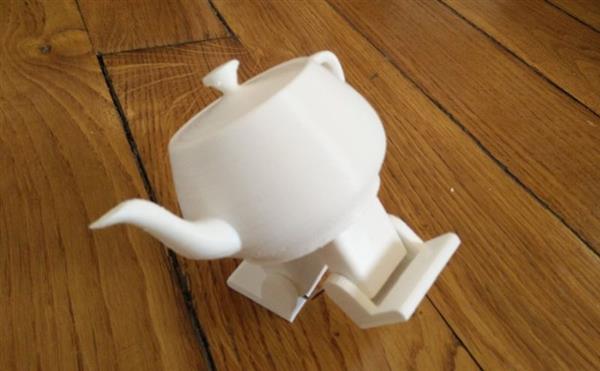 Have you ever dreamed of your own dancing teapot, just like in the movie Beauty and the Beast? All thanks to micro-computing and Arduino Pro Mini, you can actually create your personal 3D printed robotic dancing teapot. Created by French computer scientist Paul-Louis Ageneau, this little kitchen accessory looks like a two-legged mini-robot.

Ageneau has used 3D-modeling software OpenSCAD to design different parts of the robot teapot and then 3D-printed them in polylactide. After 3D printing all the parts, he has further attached four servos around the legs of the robot and hooked them up to an Arduino Pro Mini microcontroller board. This Arduino board has been programmed to dance and is powered by a 9-volt alkaline battery.

Ageneau’s GitHub repository contains his readily downloadable sketches, as well as the corresponding SCAD and STL files. The French maker also walks you through connecting a piezo speaker to the Arduino, allowing the teapot to play melodies while it dances.

The full set of required materials is as follows: