The case for an Open Source Washing Machine

In this world we have open source projects of all kinds: from the software that runs the Internet, to tractors, laser cutters or 3D printers.

Lately I have often wondered though: why don’t we have an open source toaster or a washing machine?
A credible plan for a open source washing machine would have an incredible impact on the development of OSHW for a number of reasons.

Moreover, the washing machine is one of the home appliances with the largest ecologic footprint: both in terms of fuel efficiency and pollution (soaps). Generating a massive amount of innovation on a common design could be a very promising challenge in terms of both ecological sustainability and commercial viability.

Though projects such as Open Source Ecology have taken important steps to demonstrate the applicability of an open and distributed manufacturing process, their focus – strongly oriented towards production machines rather than daily use objects – has inevitably limited the visibility of these projects and the interest among the common people. 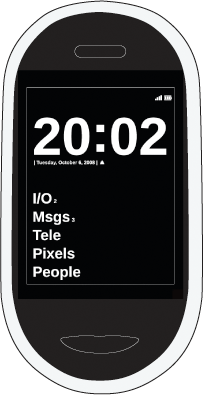 Moreover, the attempt to identify a consumer electronic and / or assume a manufacturing cycle based on open designs, it is not a real novelty: think to Free Runner Openmoko (http://www.openmoko.com/freerunner.html), just for example.

The main obstacle preventing the realiation of true open source objects of this kind, however, has always been linked (as in the case of the smartphone just mentioned) to the components that are inevitably produced in standardized and mass manner (think to embedded electronics like chipsets).

But is there such problem if we think of the washing machines? Are we talking about an  Hi Tech object or now this can be considered as a Low Tech one? Does it need a more complex electronics of an average Arduino development board?

Probably not. But what are then the basic restrictions that prevent us to hypothesize an open source washing machine?

Although much of the basic mechanics of a washing machine are simple and reproducible enough (as metal pieces, a rough power engine, concrete counterweights, etc. ..) there are some aspects, linked to the intensive use of the product that might actually show the limits of a DIY production.

Vibrations, breakage, noise: all these problems would arise in a home environment and, despite the sale of a kit rather than a finished product could save this object from an endless cycle of certifications, it wouldn’t save the average DIYer from family or neighbors protests . 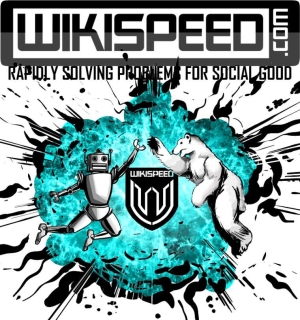 These needs should therefore ask for more attention to details, to make a more in-depth testing. All this reminds me of the experience of Wikispeed. Cars are daily use objects  – there are millions – this is why Joe Justice has applied the open source and Agile approach, to designing a car: in order to have a potentially huge impact on the environment.

Similarly, the development of a car, that’s also potentially much more dangerous than a washing machine in case of failure, requires a lot of expensive testing and certifications that are necessary to enable it to go on the road. Therefore, much of the development cycle and the approach used for the Wikispeed car could be reused and poured on a project like this: So the Open Source Washing Machine could perhaps be a WikiWashingMachine.

To date, the closer experience to a washing machine that is open source is that of Gira Dora, a project of Alex Cabunoc for a pedal powered washing machine with “human” energy.

Even not being completely inspired by the principles of open source, Gira Dora can give us an idea of how a project of an open source washing machine could actually adapt to different socio-economic contexts, lending itself to variations and iterations that make it more suitable for a given context.
Would not be wrong to suggest the possibility of having different technologies for energy supply: a motor and, why not, a form of energy supply that is more “human” :)

Part of the mechanics or design, could actually be reused, while some could be modified to adapt to local needs.

Despite the appeal of such a product (an open source, affordable washing machine, especially sold in kits), for large parts of the developing world, the process by which an open source design could be adopted from industrial producers is less clear. Perhaps mostly emerging or independent producers could adopt it, as a basis for their product/value proposition. Equally interesting would be to understand how they would be used by the “service providers” (aka laundries).

Think of what happened with the open software: now open software is used as a component in dozens of commercial offers of products and services. Red Hat, the open source software giant has built a business worth more than a billion dollars on a common, GNU / Linux.

Having a common design, updated with new solutions, it can be easily produced with simple and replicable processes: it would be adaptable to a localized production and maintenance, based on easy to find skills and materials. These features make this product more relevant to small producers, which could add a touch of design (focusing on a specific market) or maybe create a on demand laundry service using machines that would be able to maintain itself with a prospect of long term use and machine exploitation.

If we instead think to large producers, it is difficult to think of their involvement in such a project, especially if we look  the fierce competition in the market. The cost of design of such a machine would not be a deterrent for them although a shared design would certainly make it impossible to tell their product as unique and inimitable in advertising. Is therefore likely that this model will enter the market by independent producers that are more interested in niche markets that through great player, interested in big numbers.

For my part, I would like to know what you readers think, if there is among you an expert who is able to identify the major challenges in manufacturing techniques to realize such a project. Why not start thinking about it?