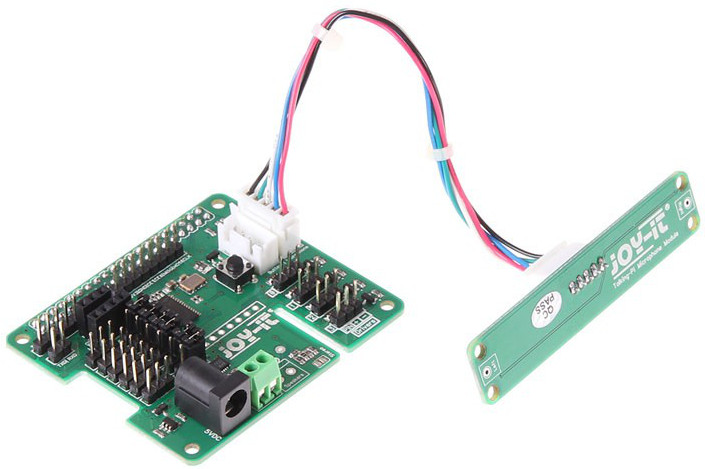 Elektor has begun selling a $42, open source voice control add-on board that is programmable via the Google Assistant SDK. Built by Germany based JOY-iT, and marketed by Conrad Business Supplies, the RF-enabled Talking Pi enables voice control of home automation equipment such as smart lights, power sockets, and other gizmos via addressable extensions to the Raspberry Pi’s GPIO.

The board offers 6-channel PWM controls for servo controls of robotics gear. It also includes a bracket that supports a 433MHz SRD (Short Range Device) radio module for remote control.
A 5V barrel jack supports servo applications. The board includes a separately addressable button and LED, and you can add a larger arcade button next to it via GPIO 23.
A separate tethered board houses a stereo microphone with an integrated I2S sound output driver.

Specifications are listed below: 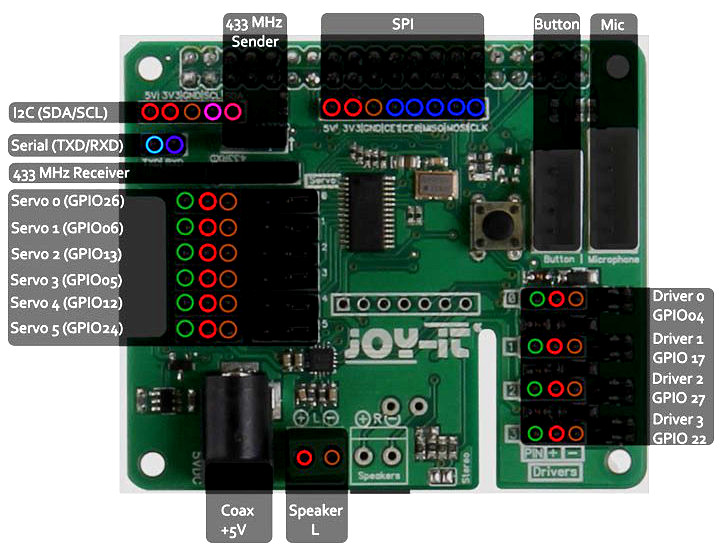