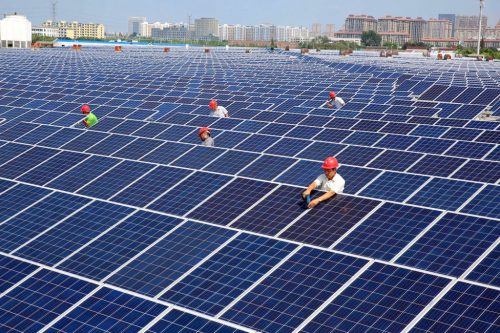 Solar power has become cheaper than grid electricity across China, a development that could boost the prospects of industrial and commercial solar, according to a new study.

Projects in every city analysed by the researchers could be built today without subsidy, at lower prices than those supplied by the grid, and around a fifth could also compete with the nation’s coal electricity prices.

They say grid parity – the “tipping point” at which solar generation costs the same as electricity from the grid – represents a key stage in the expansion of renewable energy sources.

While previous studies of nations such as Germany and the US have concluded that solar could achieve grid parity by 2020 in most developed countries, some have suggested China would have to wait decades.

However, the new paper published in Nature Energy concludes a combination of technological advances, cost declines and government support has helped make grid parity a reality in Chinese today.

Despite these results, grid parity may not drive a surge in the uptake of solar, a leading analyst tells Carbon Brief.