SIGUINO – The Arduino Designed for IoT 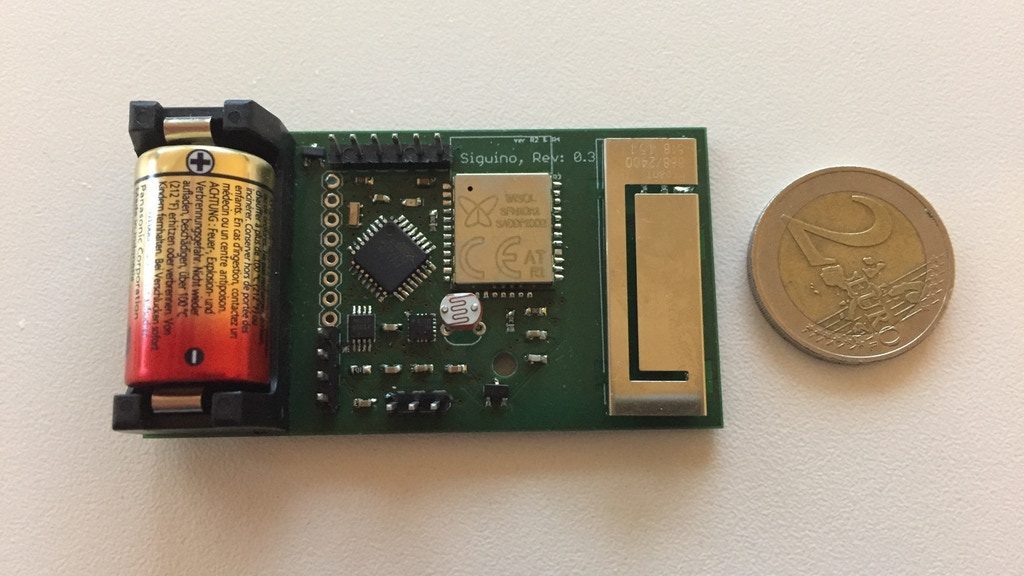 Creating a new IoT device from idea to prototype to final product is not as easy as it can be made out to be. Scott Tattersall has created the Siguino to make it easier for anyone else to get started. He hopes by having the main components they had to breadboard together (Arduino, SigFox chip, Antenna, Battery holder, 4 useful sensors, etc) all on one board it will accelerate the product development of others.

Siguino is a single programmable board for makers / developers based on an Arduino that would send basic sensor information via the SigFox network to the cloud for further processing.
It is based on an Arduino Pro mini but designed specifically to be low power (to run on batteries only).

With Siguino you can easily connect your IoT device with many other Services (Alexa, Gmail, Philips Hue, Nest, etc) via IFTTT. When a message comes in to the Siguino Servers from your device, the board forwards it on to IFTTT, allowing you to use easy recipes for functionality.

“The Siguino was designed to help accelerate IoT product development, from our own experiences in trying to take something from concept to finished product. We’ve used many open source building blocks, both software and hardware, and of course the Siguino is also released as open source. The hardware (Schematic & Board) files are all built with Eagle, and the software has all be been built using the Arduino IDE. The hardware and software are available on GitHub.”

Siguino uses an Atmega328p, other components include: 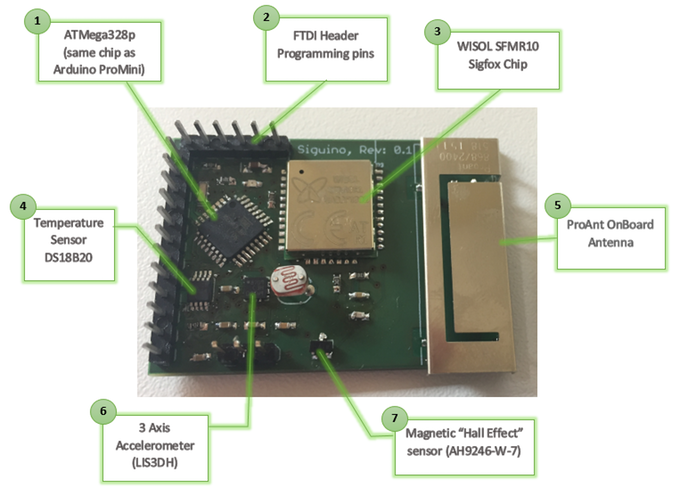