Robot Core: the ultimate control board 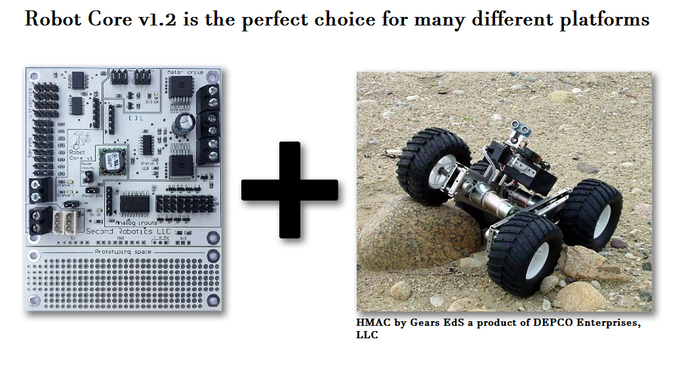 The Robot Core is produced by Second Robotics and serves as an essential connecting piece between the often numerous motors and sensors of a robot and the main controller.

Additionally, the Robot Core is designed to be compatible with the Arduino open source platform as well as Raspberry Pi systems. This compatibility allows both veteran and novice robotics engineers a whole world of customization. Thanks to the sheer density of the Robot Core circuit board, a number of extraneous boards, which would normally be used to control individual actuators, are no longer needed. As a result, engineers are able to save valuable time and space when designing their next creations.

Robot Core uses I²C (Inter-Integrated Circuit), a serial computer bus invented by Philips Semiconductor. It is compatible with all current and past generations of Raspberry Pis and with many Arduinos.  (The Raspberry Pi Zero will need 6 pin headers soldered to it). 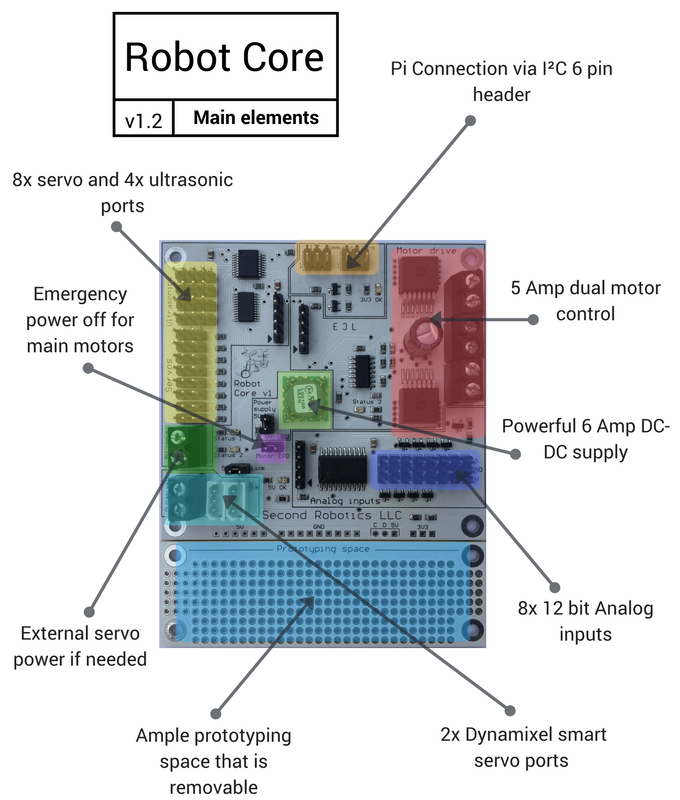 The hand-sized circuit board is able to handle two motors, eight servos, two Dynamixel servos*, and access eight 12-bit analog inputs. Additionally, a powerful 6 Amp DC to DC converter is attached to the board, allowing the board the ability to power a Raspberry Pi or Arduinos.

Apart from the hardware of the Robot Core control board, the Second Robotics team spend considerable time and effort crafting the software libraries and GUI examples to go alongside the board itself. With a focus on ease-of-use, the software (Python programming language) is sure to be user-friendly enough for anyone to pick up, but the nature of Raspberry Pi and open source Arduino platforms allows enough customizability for experts to do their tinkering.