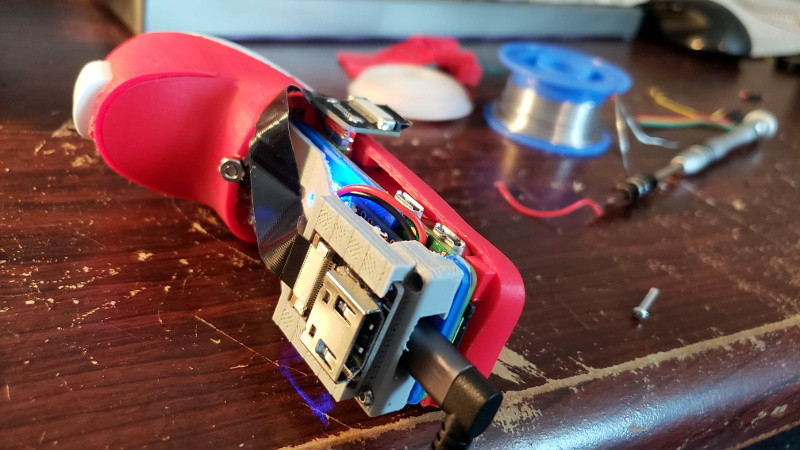 The Wii Nunchuk controller is the notorious official Nintendo Wii controller with two buttons, a joystick, and an accelerometer, which makes it pretty versatile. Thingiverse Keycaps wanted to take advantage of the Joystick’s motion capabilities for a unique application, and so they stuffed a Raspberry Pi Zero W inside one.

The Pi Zero is small, but it’s not that small. The challenge was fitting all of the required hardware inside of the controller. The trick is that the case of the nunchuk has been extended. So, Keycaps just kept the top cover and 3D-printed the bottom half of the enclosure to contain the hardware.

The original nunchuk PCB remains more or less untouched, with just a couple of wires connected to the Pi’s GPIO ports so it can read the button and stick states over I2C. That hardware includes the original controller’s PCB and buttons, as well as a Raspberry Pi Zero W, a LiPo battery, and Adafruit Powerboost LiPo battery management board, and a mini HDMI to HDMI adapter board.

There is already existing software that lets the Raspberry Pi recognize the signals from the Wii Joystick controller, so Keycaps just had to install that in order to start using the controller with their program. 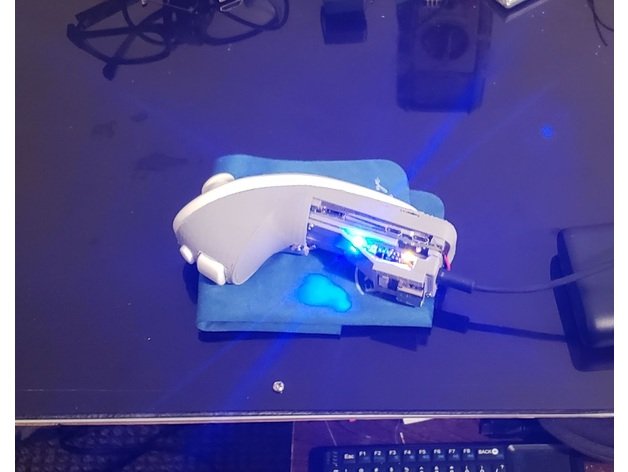