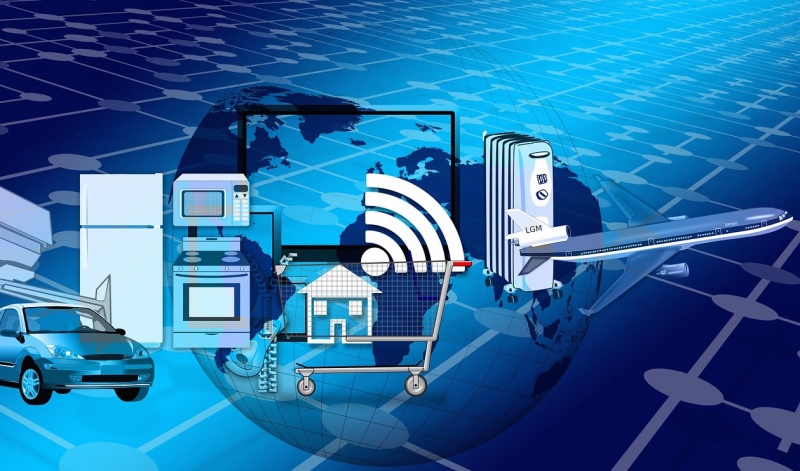 Brillo — In the year since Google released Brillo, the lightweight Android-based distro has seen growing adoption among hacker boards such as the Intel Edison and Dragonboard 410c, and even some computer-on-modules. The future of Brillo is tied to Google’s Weave communications protocol, which it requires. Weave brings discovery, provisioning, and authentication functions to Brillo, which can run on as little as 32MB RAM and 128MB flash.

Huawei LiteOS — Huawei’s LiteOS, which is not to be confused with the open source Unix variant, is said to be based on Linux, but it must be a very lean implementation indeed. Announced over a year ago, LiteOS is claimed to be deployable as a kernel as small as 10KB. LiteOS ranges from MCU-based devices to Android-compatible applications processors. The customizable OS is touted for its zero configuration, auto-discovery, auto-networking, fast boot, and real-time operation, and it offers extensive wireless support, including LTE and mesh networking. LiteOS is available with Huawei’s Agile IoT Solution, and it drives its Narrow-band IoT (NB-IoT) Solution.

OpenWrt/LEDE/Linino/DD-Wrt — The venerable, networking-focused OpenWrt embedded Linux distro has seen a resurgence due to the IoT craze. The lightweight OpenWrt is frequently found on routers and MIPS-based WiFi boards. Earlier spin-offs such as DD-Wrt and the Arduino-focused Linino have recently been followed by an outright fork. The Linux Embedded Development Environment (LEDE) project promises more transparent governance and predictable release cycles.

Ostro Linux — This Yocto Project based distro broke into the limelight in August when Intel chose it for its Intel Joule module, where it runs on the latest quad-core Atom T5700 SoC. Ostro Linux is compliant with IoTivity, supports numerous wireless technologies, and offers a sensor framework. It has a major focus on IoT security, providing OS-, device-, application, and data-level protections, including cryptography and MAC. The distribution is available in headless and media (XT) versions.

Raspbian — There are some other distributions for the Raspberry Pi that are more specifically aimed at IoT, but the quickly maturing Raspbian is still the best. Because it’s the most popular distro for DIY projects on one of the most widely used IoT platforms, developers can call upon numerous projects and tutorials for help. Now that Raspbian supports Node-RED, the visual design tool for Node-JS, we see less reason to opt for the RPi-specific, IoT-focused Thingbox.

Snappy Ubuntu Core — Also called Ubuntu Core with Snaps, this embedded version of Ubuntu Core draws upon a Snap package mechanism that Canonical is spinning off as a universal Linux package format, enabling a single binary package to work on “any Linux desktop, server, cloud or device.” Snaps enable Snappy Ubuntu Core to offer transactional rollbacks, secure updates, cloud support, and an app store platform. Snappy requires only a 600MHz CPU and 128MB RAM, but also needs 4GB of flash. It runs on the Pi and other hacker boards, and has appeared on devices including Erle-Copter drones, Dell Edge Gateways, Nextcloud Box, and LimeSDR.

Tizen — Primarily backed by Samsung, the Linux Foundation hosted embedded Linux stack has barely registered in the mobile market. However, it has been widely used in Samsung TVs and smartwatches, including the new Gear S3, and has been sporadically implemented in its cameras and consumer appliances. Tizen can even run on the Raspberry Pi. Samsung has begun to integrate Tizen with its SmartThings smart home system, enabling SmartThings control from Samsung TVs. We can also expect more integration with Samsung’s Artik modules and Artik Cloud. Artik ships with Fedora, but Tizen 3.0 has recently been ported, along with Ubuntu Core.

uClinux — The venerable, stripped-down uClinux is the only form of Linux that can run on MCUs, and only then on specific Cortex-M3, M4, and -M7 models. uClinux requires MCUs with built-in memory controllers that can use an external DRAM chip to meet its RAM requirements. Now merged into the mainline Linux kernel, uClinux benefits from the extensive wireless support found in Linux. However, newer MCU-oriented OSes such as Mbed are closing the gap quickly on wireless, and are easier to configure. EmCraft is one of the biggest boosters for uClinux on MCUs, offering a variety of Cortex-M-based modules with uClinux BSPs.

Yocto Project — The Linux Foundation’s Yocto Project is not a Linux distro, but an open source collaborative project to provide developers with templates, tools, and methods to create custom embedded stacks. Because you can customize stacks with minimal overhead, it’s frequently used for IoT. Yocto Project forms the basis for most commercial embedded Linux distros, and is part of projects such as Ostro Linux and Qt for Device Creation. Qt is prepping a Qt Litetechnology for Qt 5.8 that will optimize Device Creation for smaller IoT targets.

Source: The source for Linux information