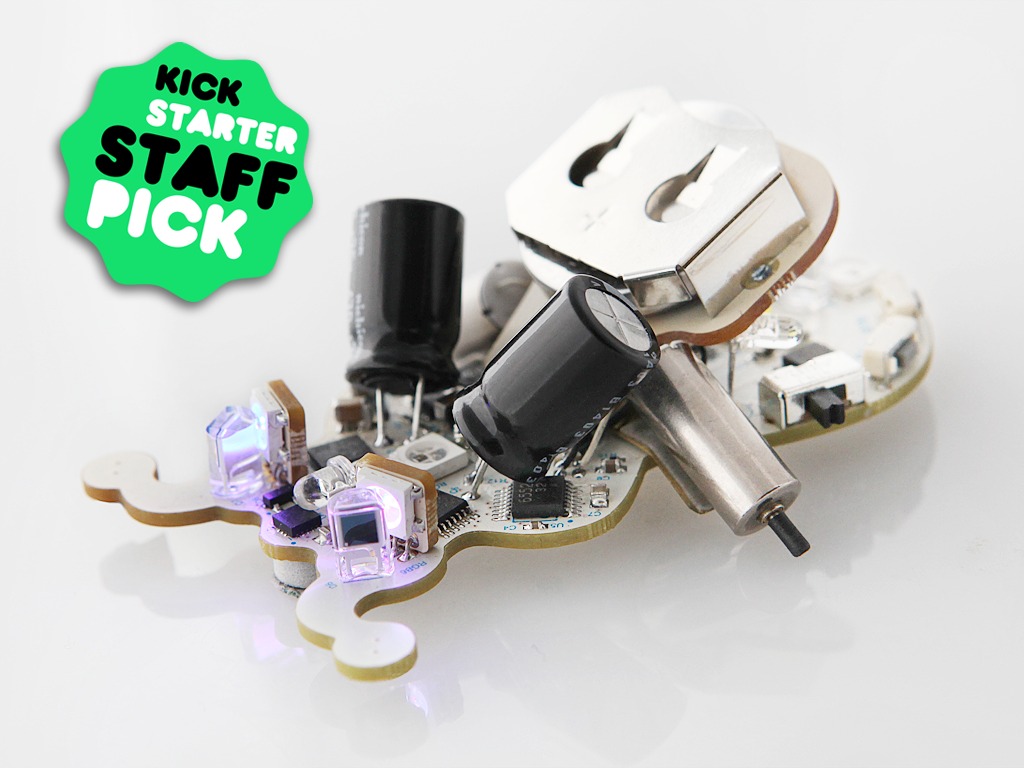 Ringo project has been funded 400% on Kickstarter already, and still 11 days to go!

Ringo is a super cute pet robot bug based on the Arduino UNO and packed with goodies including an accelerometer, gyroscope, 6 awesome RGB LEDs (NeoPixel lights), music chirper, and more. Everything you need to bring to life a real personality in a digital pet of your own.

The robot was inspired and co-designed by my 1st grade daughter Hailey and my 3rd grade son Parker, who are both already writing C code. (Check the longer “back story” below!) Ringo grew out of a project intended to build just one robot for my kids but we realized something much greater could be done in producing Ringo for the masses. We hope it will catch the curiosity of young engineers and also have a particular appeal to girls who may not otherwise become interested in coding and technology.

via Ringo – The palm size robot with real personality! by Plum Geek — Kickstarter.