JeVois = video sensor + quad-core CPU + USB video + serial port, all in a tiny, self-contained package (28 cc or 1.7 cubic inches). Insert a microSD card loaded with the provided open-source machine vision algorithms (including OpenCV 3.1 and many others), connect to your desktop, laptop, and/or Arduino, and give your projects the sense of sight immediately.

The JeVois smart camera is a complete Linux computer. It can run on its own, without a host PC. Thanks to the cooling fan, it can run under full processing load without overheating and while maintaining a constant 1.34 GHz CPU speed. 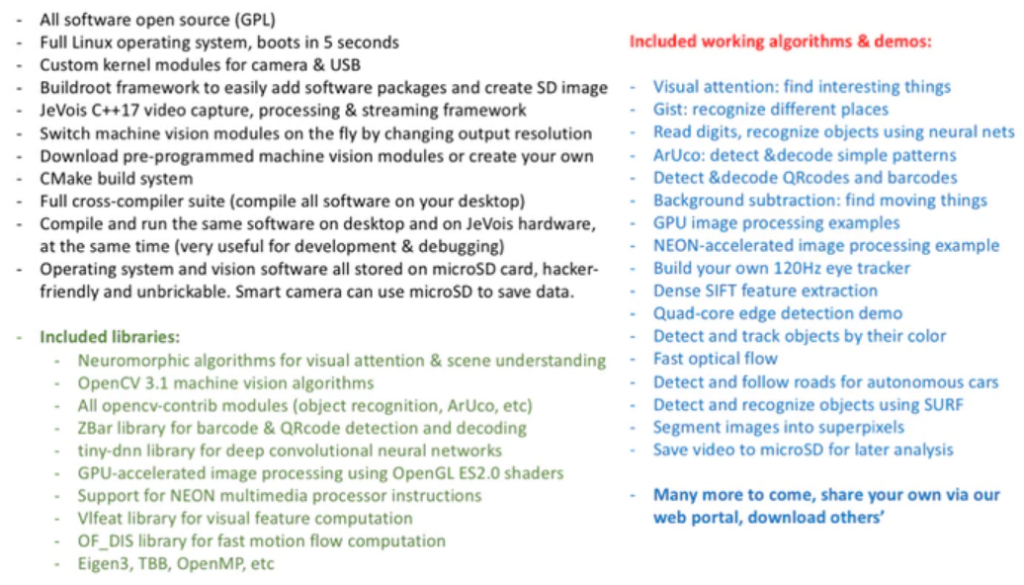