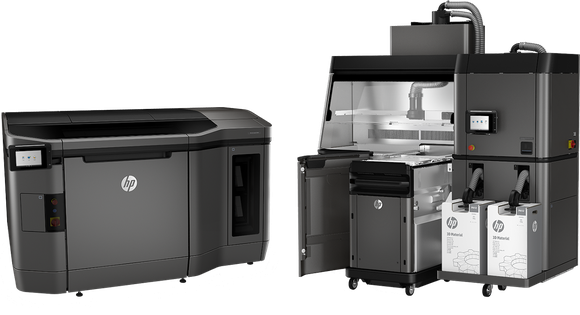 The highly anticipated day in the 3D printing world arrived a few days ago, when 2D-printing king HP Inc unveiled at RAPID, one of the world’s largest industry conferences, its speedy polymer commercial 3D printer, the Jet Fusion 3D 3200. The company’s now taking orders for the 3200, which will be available in late 2016, while its more powerful sibling, the 4200, will follow in 2017. It also announced a bevy of A-list partners, including Nike and BMW.

HP’s MJF tech owes its superior speed and other standout features to the fact that it prints at the individual voxel level. (A voxel is the 3D equivalent of a 2D pixel in traditional printing.) Voxel-level printing will allow for limitless combinations of colors and materials, providing customers with unprecedented customization capabilities, according to HP.

The company believes unique applications lie on the horizon, providing the following examples as possibilities: