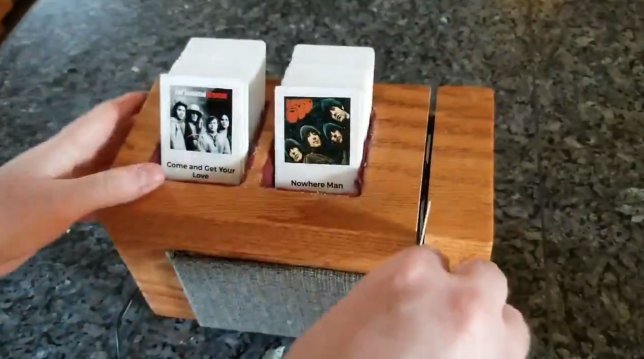 The designer Chris Patty used his impressive skills to make the retro gadget after his family promised to exchange homemade gifts this Christmas.

The homemade Jukebox he created is deceptively simple, too: there’s a Raspberry Pi inside the box itself, and Patty created his own software to run on the hardware.

Songs are stored locally on an SD card inside the box, and each one is pulled up when a custom-made swipeable card, with a magnetic stripe similar to a credit card, is swiped.
The box comes with a number of cards, each containing the name of an artist, song, and some album art.

While some might not be impressed by the limited number of tracks available, Patty says it’s this very element that makes the jukebox so appealing.

“I think [the response] speaks to a shared displeasure with the current state of our music services,” Patty tells The Verge in an email. The limitless libraries inside Apple Music and Spotify cheapen the experience, he says. “There’s something about the limiting factors of physical media that force you to choose … the music that is most meaningful. And that kind of curation, I think, is something we all deeply miss.”

He even revealed that he’s planning to make it open source, and will do a Kickstarter for the device for those that are less DIY-inclined. 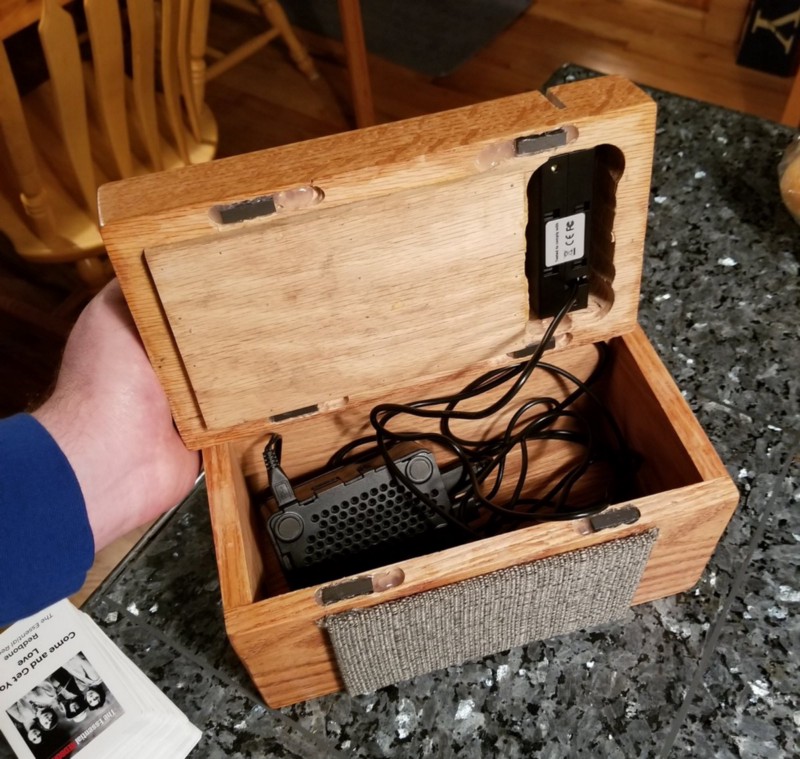