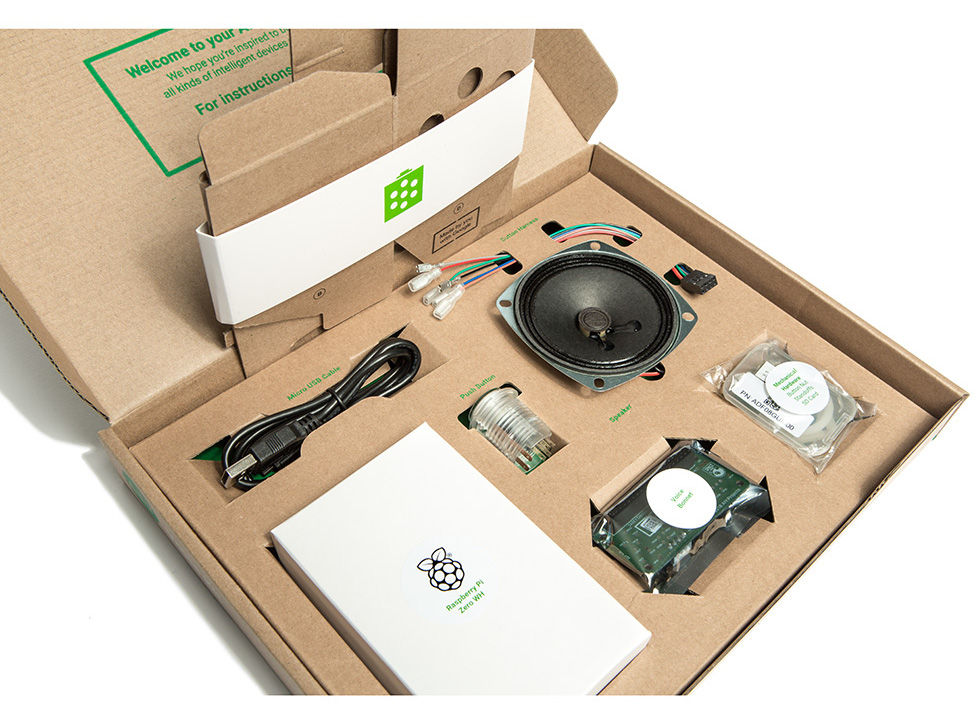 In addition, users of Google’s existing AIY Voice and Vision Kit can now download an Android companion app that works with all old and new AIY kits. The new kits also add a USB cable and a pre-provisioned microSD card.

The new Vision Kit appears to include everything in the original Kit, which offered an RGB arcade-style button, a piezo speaker, a macro/wide lens kit, and the cardboard enclosure. You also get flex cables, standoffs, a tripod mounting nut, and connecting components. The updated AIY Vision Kit also bundles the Raspberry Pi Camera v2.

More information can be found at linuxgizmos.com or at the Official Kit Announcement. 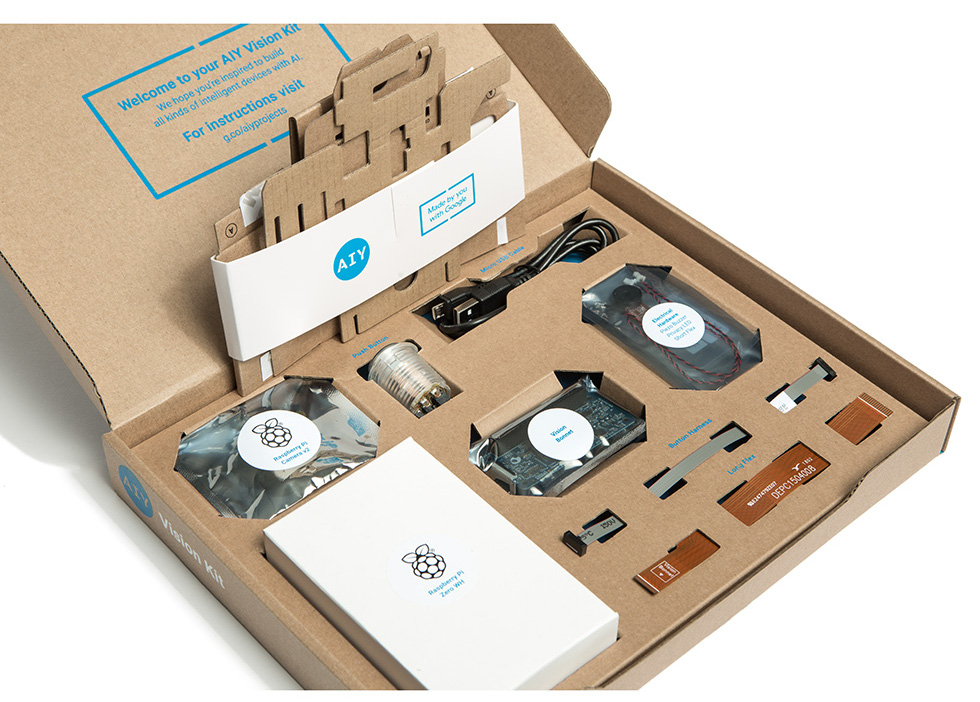