Do you remember Formlabs Form 1? The high resolution, affordable printer that got a  patent infringement lawsuit right after its  Kickstarter campaign by 3Dsystems? The terrific campaign that ended up with over $2.9 million funding gave the team the possibility to focus on solving those issues and eventually they were able to start the production and move forward:

Over the last few months, we have assembled our supply chain while carefully vetting even the smallest parts that make up the Form 1. We are ecstatic to say that after multiple rounds of improvements, component testing, and revisions, we used Kickstarter funds last month to order the tens of thousands of parts (like the displays below) needed to build more than 1,000 printers. As components continue to arrive, the Form Team is readying our production lines to get moving as fast as possible on our US factory floor.

For those who still prefer 3D printer kits, why not to look into our 3Drag specs? 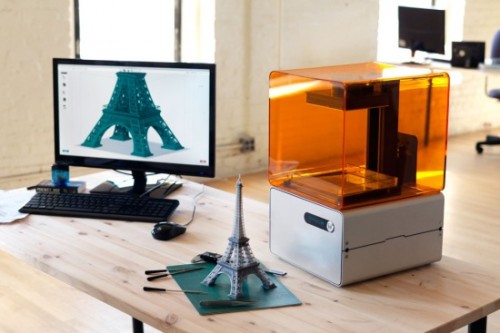