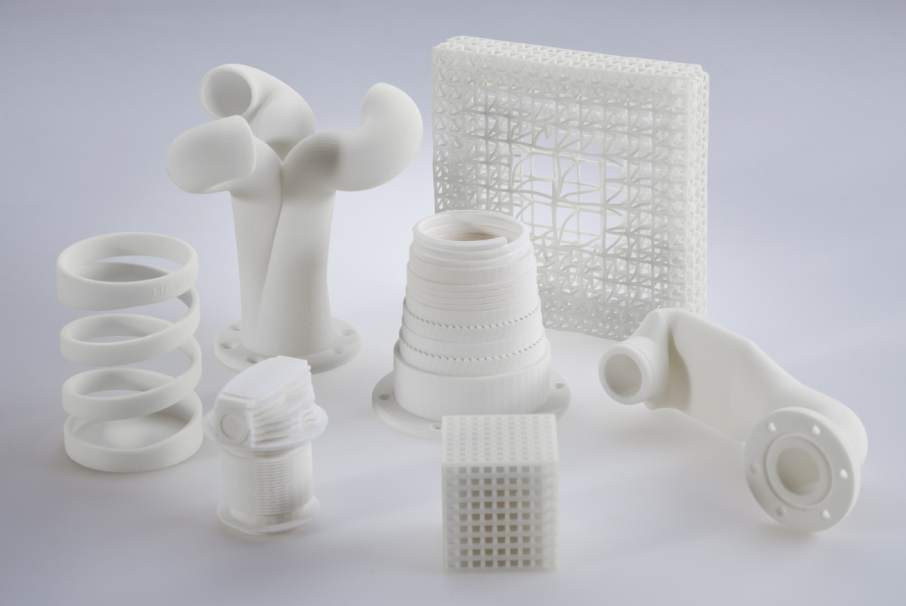 Evonik Industries has announced its involvement with HP’s Open Platform program and has set its sights on producing a series of custom powder materials that could add a new dimension to this almighty printer.

The HP Multi Jet Fusion printer could be the missing link that turns 3D printing into a viable form of manufacturing for many businesses. Early claims suggest it is 10-100 times faster than traditional printers, depending on the process, as well as producing stronger parts than FDM with a lower overall cost.

HP has opted not to go for proprietary materials and wants to encourage third-party suppliers with the Open Platform initiative. This means we could see rapid advances as third party suppliers start to understand the printer’s strengths and play to them. HP has committed to providing APIs and information to third parties so that they can tailor their products to the Multi Jet Fusion and help drive progress.

That has brought the likes of Evonik Industries to the table and they are now working on powder-based materials that could turn the Multi Jet Fusion into an industrial powerhouse.

Evonik works with the health, nutrition, resource efficiency and other industries that shape our world and is active in more than 100 countries. It generated more than €13.5 billion ($15 billion) last year and it employs more than 33,500 people.

It is working on all manner of high-tech solutions, including synthetic rubber to build better road and hydrophobic wires that will make for better electrics. The company was officially founded in 2007, but in some form or another it has been a potent force in manufacturing since the industrial revolution.

It is, then, a big company and a valuable ally as 3D printing looks to the future of manufacturing. It has been a market leader in polyamide powders for years and now the HP Multi Jet Fusion has potentially given manufacturing a new perspective on 3D printing, the company will focus its energy on producing powders that can fully exploit this new tool’s outstanding capabilities.