Ever wanted to be Darth Vader? Bring Star Wars to life with 3D Printed ‘Tractor Beam’ 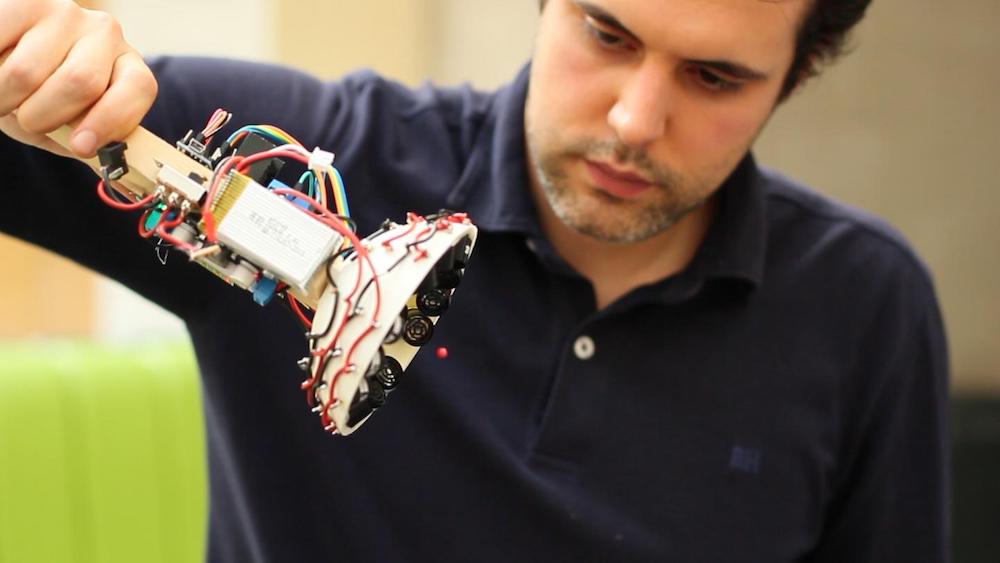 Star Wars fans will be really excited about the opportunity to turn a dream into reality.

Through this “tractor beam” you are able to move small objects using sound waves, in the comfort of your own home — at least if you own a 3D printer.

The research assistant Asier Marzo and his physicists team of the Bristol University released the instructions for how to create a plastic tractor-beam device in the journal Applied Physics Letters. When sound waves travel through the device — a collection of carefully calibrated tubes — they become organized in such a way as to form a true tractor beam. This acoustic beam can pull tiny objects, like beads or even small insects, toward it using only the power of sound.

Fittingly, the 3D-printed tractor beam device looks like half of the Death Star from the “Star Wars” films. A printed bowl is fitted with an array of different-sized tubes, through which sound waves travel and are directed. This “metamaterial” can hold a small fly in place, as demonstrated in the video below.

The rest of the device is made from standard electronics and open-source hardware components from the supplier Arduino.

“The components are very simple, like an Arduino board and a motor driver, and everything can be bought on Amazon for less than 50 British pounds [about $70],” Marzo said.

The team actually developed three versions of the tractor beam, each of which can manage different wavelengths of sound to trap objects of varying sizes. A few millimeters is the upper limit in size right now, even for devices used in laboratories.

May the Force be with you and good luck for your homemade tractor beam!

Source: Build Your Own Death Star: How to 3D Print a Real-Life ‘Tractor Beam’