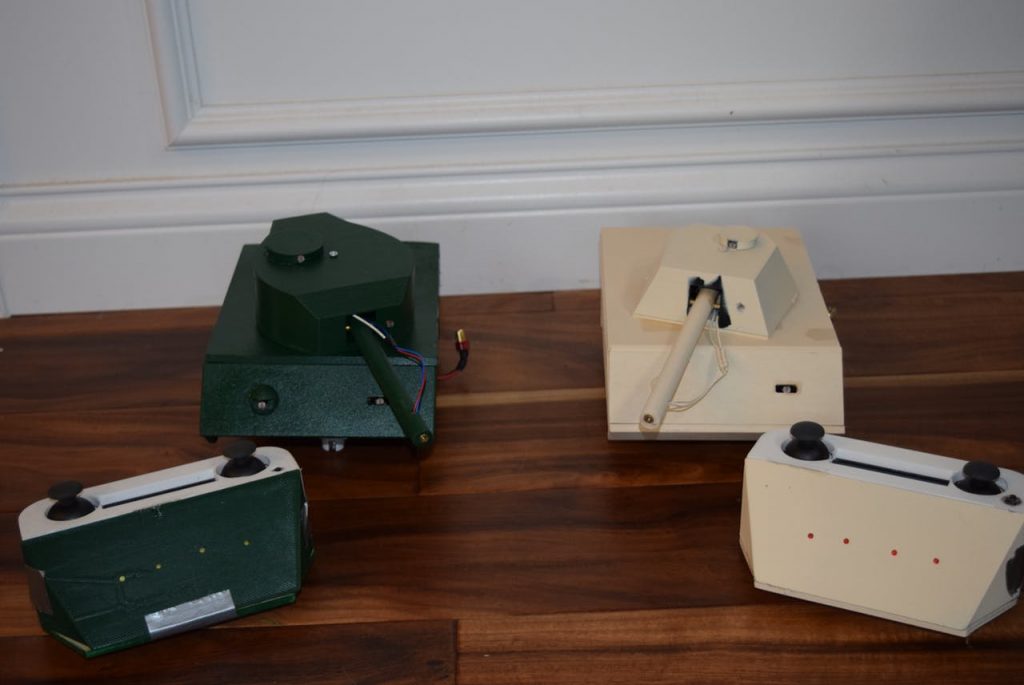 Inspired by the game War Thunder, this maker programmed much more into the set of rules than a simple “tag, you’re out” match.

Each tank has four sensors around the body. These sensors relate to crew members and shooting three of them wins you the game. There’s a commander, driver, gunner, and machine gunner to aim for.
While the gunner and driver can be replaced should they be shot, it will occur penalties. Losing the gunner means your tank can’t shoot for six seconds and reload times increase, and a dead driver means a slower tank.

Both tanks are based off of the miniQ robot chassis from DFRobot, who sponsored the project. On top of this is a combination of 3D printed parts and milled wood panels to create the required look.

A small screen and two joysticks are used in the controllers.
These controllers here each house an Arduino Nano with the tanks themselves using Raspberry Pi Zero Ws, and Bluetooth being used to communicate between the two.

All you need to know is available on the related Hackster page.
Watch the video below to get a better idea of how these tanks are made.