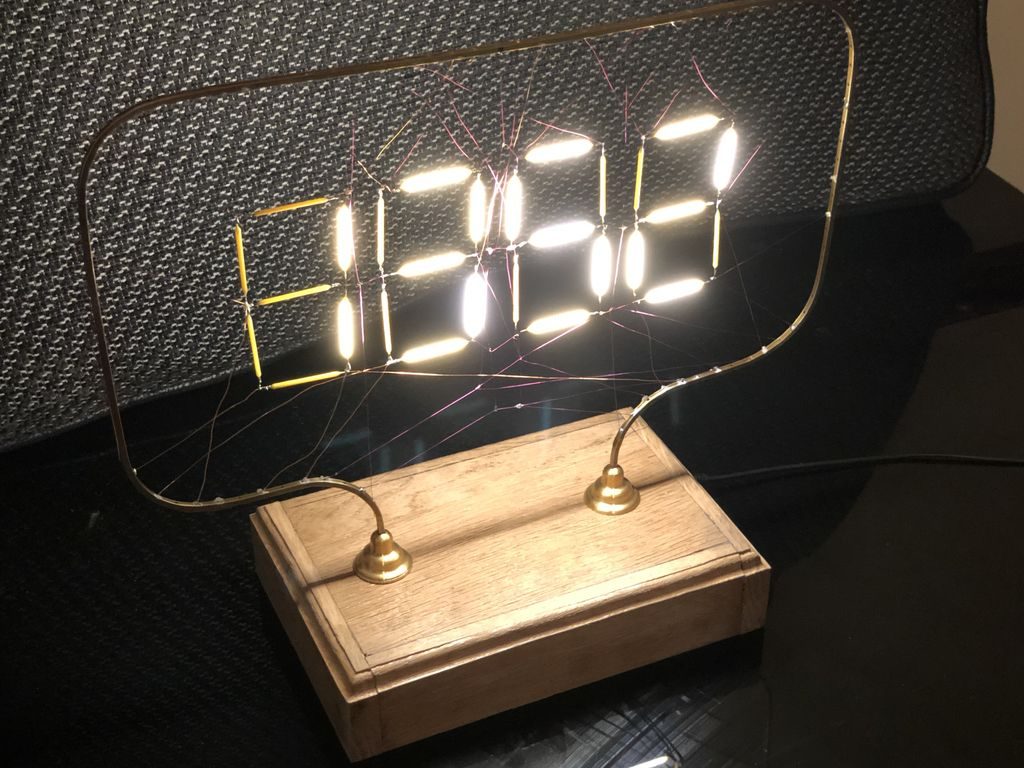 While making a clock isn’t an uncommon hacker pursuit, this Arduino-controlled device uses a series of wires to both power and support the clock’s four digits from a bent brass frame. This gives it a decidedly web-like appearance, so much so that Andy Pugh – the maker – notes it’s reminiscent of the cobweb writing in the book Charlotte’s Web.

Bear in mind that this device has 80V on the bare metal frame. But using an isolating DC-to-DC converter and power supply means that it is possible to touch the frame and not get a shock. Or at least I haven’t.

I decided to use the MSF 60kHz radio signal to get the Arduino to know the time of day. I have used this before with some success using off-the-shelf receiver modules, one of which I had to-hand. However these seem harder to find currently, so it might be easier to use a WiFi module if anyone feels like making their own version of this clock.

During testing I found that the Arduino Nanos I had all seemed to have a poor clock base, I spent hours waiting for them to synch, then in desperation tried plugging in an old Duemilanove, and that synched in the first minute, and got used.

The project appears to still be in the experimental phase, but you can find the code here.