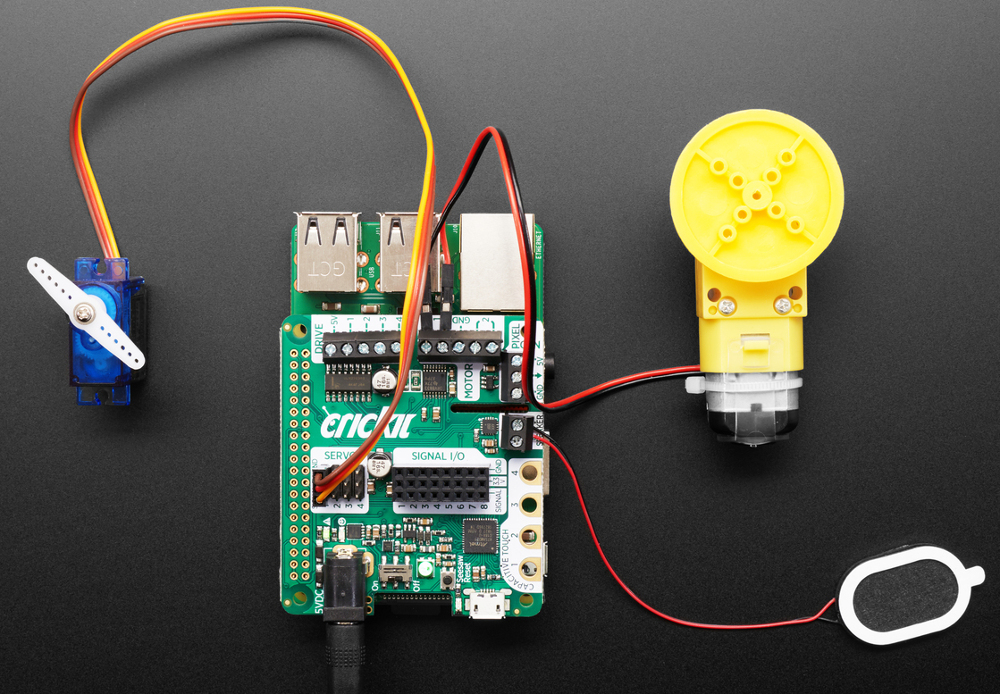 The Adafruit Crickit (Creative Robotics & Interactive Construction Kit) HAT is designed for controlling motors, servos, or solenoids using Python 3. The board is limiting to powering 5V devices and requires a 5V power supply.

The Crickit HAT is a way to make robotics and interactive art projects with your Pi. Plug the Crickit HAT onto your Pi using the standard 2×20 GPIO connector and start controlling motors, servos or solenoids. You also get eight signal pins with analog inputs or PWM outputs, capacitive touch sensors, a NeoPixel driver and 3W amplified speaker. It complements and extends your Pi, doing all the things a Pi can’t do, so you can still use all the goodies on the Pi like video, camera, internet and Bluetooth…but now you have a robotics and mechatronics playground as well!

Specifications listed for the Adafruit Crickit HAT include: