Cortex 2: How to Build a 3d Printed Rocket 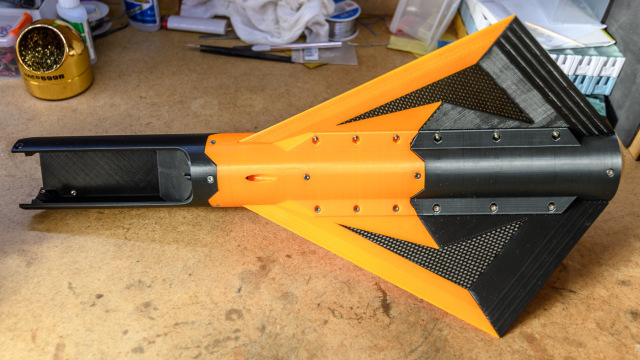 If you are searching for a perfect project for New Year’s Eve, maybe it’s just the thing.

Cortex 2 is a great piece of engineering with some fascinating development and it was built up on the basis of Cortex 1: entirely 3D printed, the  first rocket flew well, but the parachute failed to deploy mainly due to an imperfectly bonded assembly. The hatch was recovered, but the rocket was lost.

Cortex 2 uses a different rocket motor from its predecessor, which led to another interesting design issue. The new motor is similar to hobby solid rocket motors where a small explosive charge at the top of the motor blows some time after the fuel is gone. This charge is meant to eject a parachute, but the Cortex 2 is not designed to use this method, and so the gasses must be vented. [Foaly] was understandably not enthusiastic about venting hot gasses through the mostly-PLA rocket body. Instead, a cylindrical cartridge was designed that both encases the motor and redirects any gasses from the explosive charge out the rear of the rocket. That cartridge was SLA printed out of what looks to us like Formlabs’ High Tempurature Resin.

In the new Cortex 2 the hatch and parachute were redesigned for better reliability. The hatch itself was reinforced with 3mm carbon fiber rods. Obviously, the parachute anchor is now strongly built-in. The hatch is released using a classic servo setup, and a set of reverse-mounted magnets push it away from the rocket.

For further information you can jump on Hackaday project’s page. 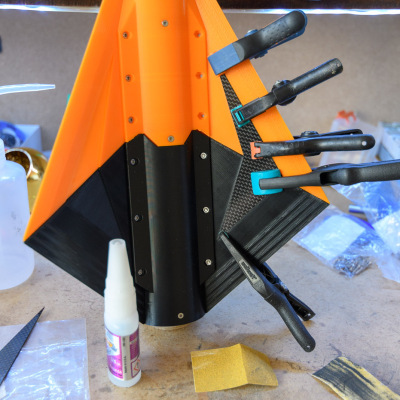