Control an Arduino-based robot with a Raspberry Pi

The goal of this project is to create a complex communication system between three microcontrollers (MKR1000, Mega 2560 and Raspberry Pi B) to simply control a robotic car via SSH on a computer. 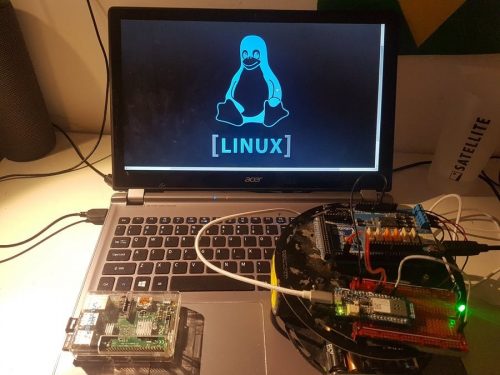