Aslan is the New Robotic Translator for Deaf People 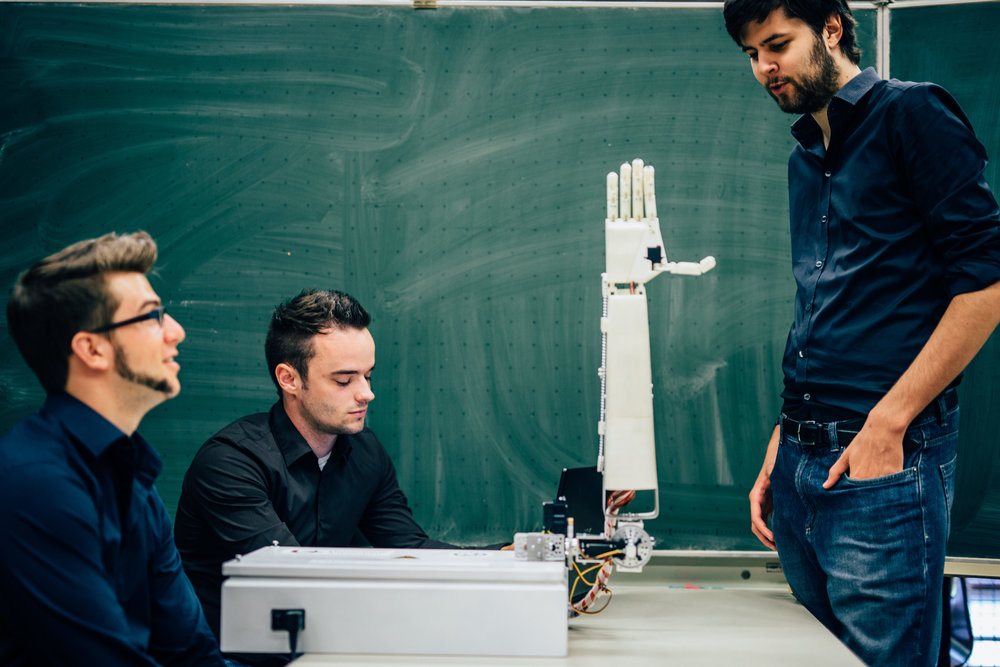 A group of engineers from the University of Antwerp in Belgium have put their skills towards good with the invention of a 3D printed humanoid robot that can translate speech into sign language: their project is called Project Aslan.

The research project, which is being sponsored by European Institute of Otorhinolaryngology, currently consists of a 3D printed robotic arm with articulated fingers controlled by dedicated software. When the user types text into the software, the robotic hand translates the text into sign language.

The robotic arm is made from 25 3D-printed parts and uses an Arduino Due, 16 servos, and three motor controllers. Because of its 3D-printed nature and the availability of other components used, the low-cost design will be able to be produced locally.

The robot works by receiving information from a local network, and checking for updated sign languages from all over the world. Users connected to the network can send messages, which then activate the hand, elbow, and finger joints to process the messages.
Although it is one arm now, work will continue with future masters students, focusing on expanding to a two-arm design, implementing a face, and even integrating a webcam into the system.

As the project advances, the research team says it plans to make its designs for Aslan open source so that anyone can build the 3D printed sign language robot.