ArduSHIELD most universal shield for ARDUINO ever, 200% funded on Indiegogo 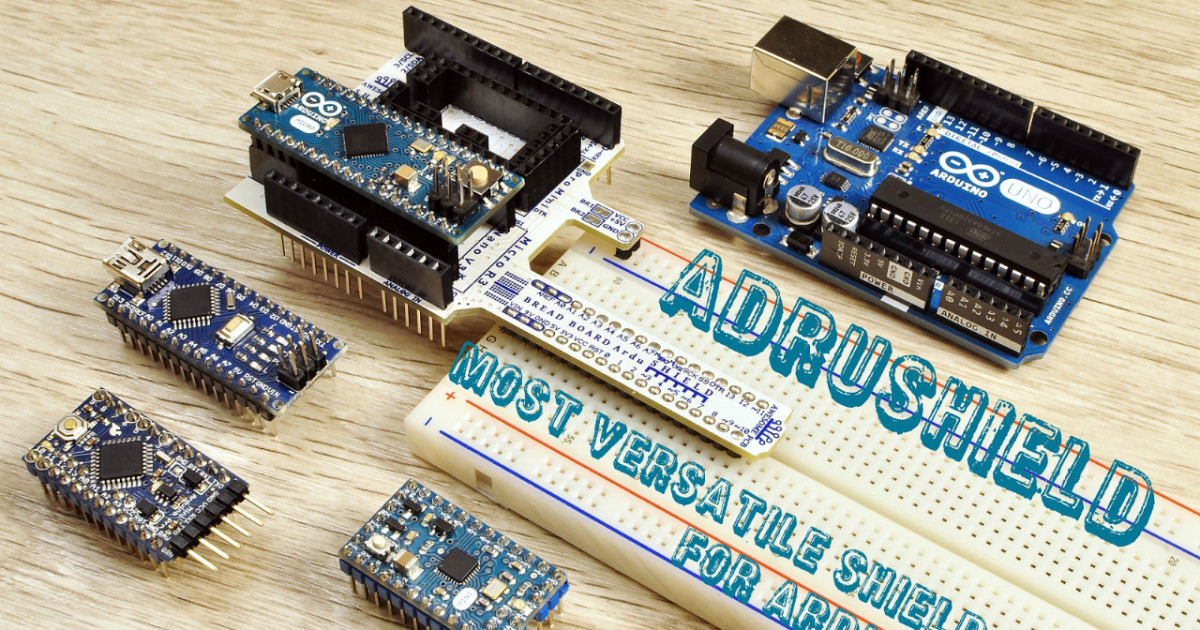 ArduShield it is most universal development shield for most popular Arduino boards like a Arduino UNO R3, Mini, Pro Mini V5, Nano V3, MicroR3, Leonardo, Yun, Zero, Galileo Gen2 and many other derivative boards created by great community of people.

Idea for ArduShield was born out of the problem that hit several Arduino fans.

Great things about ArduShield is that you can have access for all pins of Arduino on bread board instantly.

Another useful thing about ArduShield is that you can have power supply to your bread board.

You can also use VCC or GND signal separately if you want just by cutting narrow trace on BR1 or BR2. If you want to go back with this connection just place a drop of tin between cut traces.

ArduShield can be use like a programming tool for Arduino mini and Arduino Pro Mini. We know that both of this board require external programmer.

Now if you have Arduino UNO board you can connect Arduino Mini or Arduino Pro Mini instantly to ArduShield and play with them via Arduino IDE.