A dimmer is a device that allows you to modulate the alternating voltage to be given to a load. In this project, an ESP8266-based dimmer was created that can easily control AC loads such as motors and lights. It has the power to handle more than 1200 Watts and it is a project that can be used for home automation given the WiFi functionality present in the microcontroller. 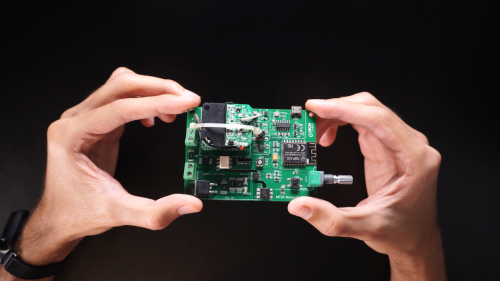 The circuit, as already mentioned, is based on ESP8266 and programmed using the Arduino IDE. There is also a 1.3″ OLED display for viewing the current through an ACS712 current sensor whose output is read through an external 16 bit ADC. The load is driven by a Triac driven by an optocoupler.