After losing the chicken due to wildlife intruders, Elbie decides to create a Smart chicken coop with several functions: 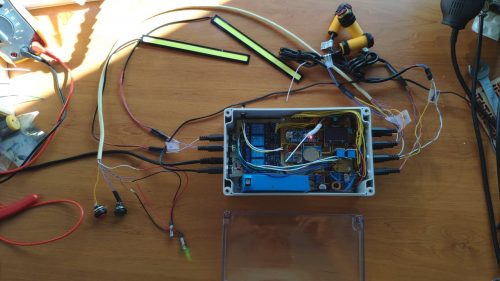 The project is based on Arduino Nano which, as seen in the photo, controls various devices such as a 433MHz receiver, an OLED display, an RTC module, a 4-relay board and other devices. The whole is powered by a rechargeable battery.