XTRX – A high-performance SDR in a mini PCIe form factor 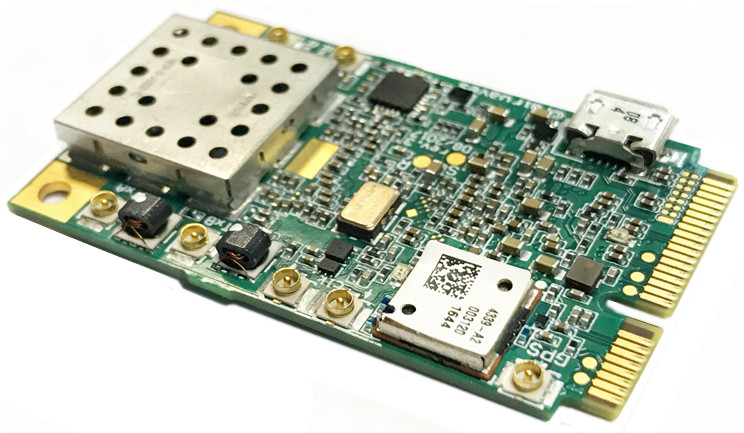 Fairwaves, which is a small company with staff residing in the U.S. and Europe, says it’s targeting the XTRX SDR at IoT, drone, satellite, and LTE/5G cellular applications. In addition to the XTRX mini-PCIe card, the Crowd Supply campaign also offers an aluminum-enclosed USB3 adapter that contains an XTRX card on a USB3-interfaced carrier, as well as a half-sized PCIe card that adapts the XTRX to a PC’s PCIe x4 slot. There’s also a full-sized PCIe x16 card that accepts up to eight XTRX boards, for use in high-end multiple-SDR applications.

Fairwaves states on the campaign page that “the XTRX card’s main FPGA code is open source and without a viral license, so not only can you modify the code, but you can also develop your own proprietary FPGA blocks.” Host-side software and drivers are also open source, and “you can upload your own firmware with our USB 3 adapter board or with a JTAG cable and our PCIe adapter board,” says the company.

With regard to the hardware designs, “The XTRX hardware itself is proprietary, though the hardware accessories we designed for it (e.g., the USB 3 and PCIe adapters) are open hardware,” they says.

Fairwaves lists the following features and specs for the initial XTRX boards: