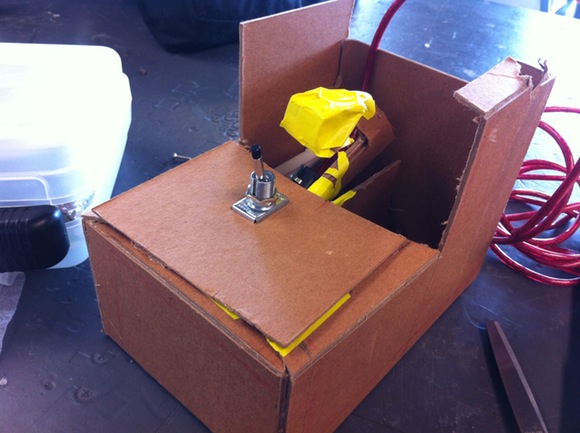 I’m always fascinated by these projects based on the “Useless Box” concept. A game that actually does nothing, but in a very charming and elegant way.

It is a machine that turns off the knob that you’ve just switched on- a ruthless battle between human and robot. This, made with an Arduino Zero board and some creativity.

How does it work?

The Arduino “listens” to the state of the switch and actuates the servo when the switch is activated.

4. Make a box with cardboard. [I made it large enough to house the breadboard.]

5. Create servo housing and the finger. [Here, I used a rectangular cardboard with a hole as housing for servo motor and dental floss to secure the bind of the finger and servo motor. The finger is made with multiple layers of S-shaped cardboard.]

6. Test the angle of movements and adjust numbers in the program. Make sure there is enough force for the finger to push the switch off.

8. Test the Most Useless Machine Ever and voila! 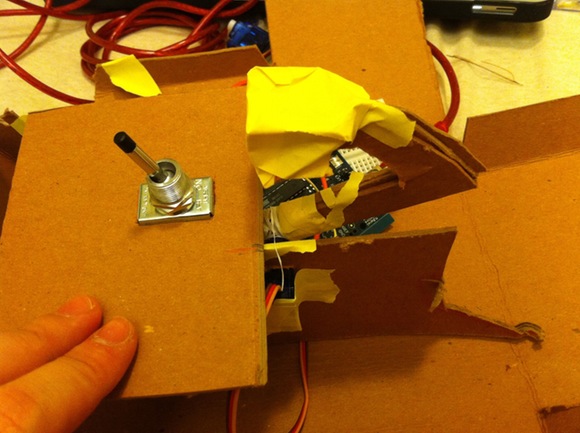