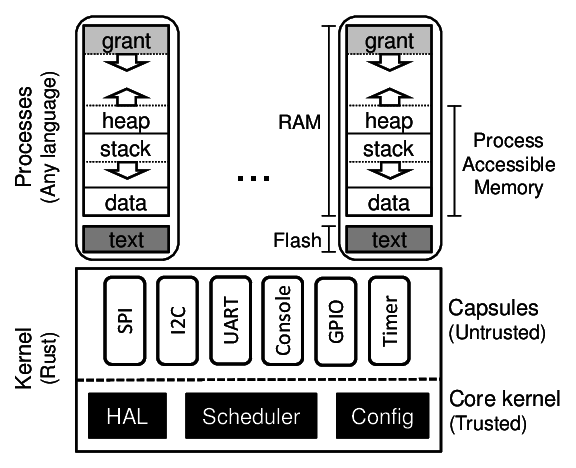 Yes, I know it…there are already a lot of open source operating systems running on Arm Cortex-M microcontrollers, so what’s different about it?

Tock is the operating system specifically designed for (secure) IoT on Arm Cortex-M MCUs. It aims to enable more secure and extensible IoT systems by using a language sandbox and hardware enforced mechanism to isolate third-party and other untrusted code in the system.

“Tock includes three architectural components. A small trusted kernel, written in Rust, implements a hardware abstraction layer (HAL), scheduler and platform-specific configuration. Other system components are implemented in one of two protection mechanisms: capsules, which are compiled with the kernel and use Rust’s type and module systems for safety, and processes, which use the MPU for protection at runtime.

System components (an application, driver, virtualization layer, etc.) can be implemented in either a capsule or process, but each mechanism trades off concurrency and safety with memory consumption, performance, and granularity.”

Between the supported hardware we can find two board based on Microchip Atmel SAM4L Cortex-M4 MCU and Nordic Semi nRF51822 BLE Radio:

All the additional information you may need are available in TockOS website. 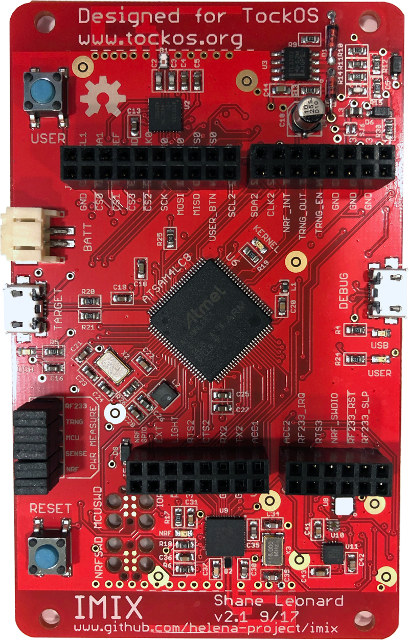