This scalability mantra we have been used for years now is not getting us anywhere.

Saving five minutes of my time thanks to the super-clever application you’ve created, while planning my next vacation or it’s not at the top of the world changemaker’s list.

Don’t get me wrong: there’s still a lot of space to invent something clever. For example I love to see what some clever entrepreneurs are doing for example in the realm of collaborative consumption these days: coupling the web and the access to the live context the explosion of mobile technology gave us, they’re connecting needs to surpluses making a real difference in limiting the resources abuse our entire society is built around.

Collaborative consumption was the first step that our society took into the so-called-now-buzzword sharing economy: thanks to collcons we started to grasp how innovation could be directed into avoiding burning resources and building something really useful to humanity (and not only to the next VC fund).

We are now starting to see some serious impact of these paradigms, platforms and products, not only on our habits, but also in the offering of some mainstream consumer giants such as automotive players like BMW or Daimler that are embedding some of these principles.

Entire cities are now using collcons at an incredible level: Paris mobility is nowhere near to what it was just few years ago. Maybe thanks to Airbnb and the likes and Carpooling platforms we will be able to go vacation more often than planned, in the future.

By the way, the root of this sharing economy goes much farther than that and it’s about knowing how things work, getting deep into criticizing some of the old paradigms of our western culture.

From a more meaningful standpoint, this sharing mantra is fully related to the concepts of reuse, economic efficiencies that have been first recognized as the funding values of the Open Source paradigm. 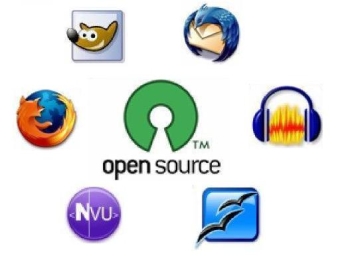 Adopting Free and Open Source software is now finally a no-brainer choice for the production of new ventures and softwares. If you don’t have a github account you can’t really think of being a smart developer. In the same time, software is no more something problematic for us, we mostly grab our productivity suites, email accounts and everything else for free and that’s mostly thanks to the commoditization and componentization that the Open Source industry itself made possible in the web.

As it was for the web industry, a boost in the interest for creating Hardware related startups will likely drive open source hardware adoption.  Innovation wants commoditization and componentization: to be able to innovate adding new value – at an higher level – you need modular, standardized, inter-operable technologies and services.

It’s very simple to understand that, in case this happens within the hardware (and in general, I would say, manufacturing) industry this could end up in changing product design, supply chains and production processes forever. 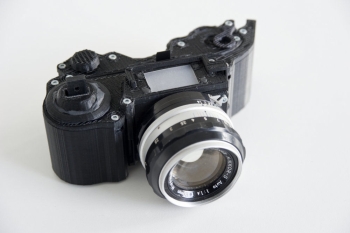 Open source hardware is now still a marginal market when you compare this to closed source, but it holds great promises. New interesting concepts are coming to light every day. Just few days ago we had the chance to see the debut of and Open Source, 3D printed, camera project that came from a fresh French graduate.

This project, like many others, and the incredible attention it got on the web shows that people is actively looking for radically new views and vision on products.

Projects like Open Source Ecology and Wikispeed are paving the way towards a new manufacturing process that is agile, efficient and resource sensitive (if you’re interested in Agile inspired Xtreame Manufacturing process, give a look to this blog where the project is being described step by step).

People is disrupting the factory itself: Local Motors has built small factories where people can be involved in producing her own goods; projects like Slowd.it and Maker’s Row are connecting small artisanal labs and small factories to create a diffused, networked factory of the future.

In this context, with lots of incredible innovations coming in, the problem today, as I talk with hardware entrepreneurs, is that there’s still a little interest from traditional investor in Hardware and manufacturing related ventures.

I think this problem is here to stay: usually there’s no exponential growth in hardware, and exits are truly rare (you can see the analysis we made about Makerbot/Stratasys deal last month) so the interest of traditional VCs and funding ventures will likely stay small for a while.

Thankfully enough Hardware entrepreneurs from all over the world learnt very well how to use crowdfunding (that is, in fact, one of the most used approaches to funding hardware ventures).

No matter what funding strategies they will find but these entrepreneurs, designers and creatives that decided to go for disrupting the hardware and manufacturing industry – making it open, accessible and decentralized – shall be encouraged because they’re moving forward on a field that may, eventually, be the only alternative for the sustainable production system of the future.