Part II Arduino vs Arduino: who will keep the brand? 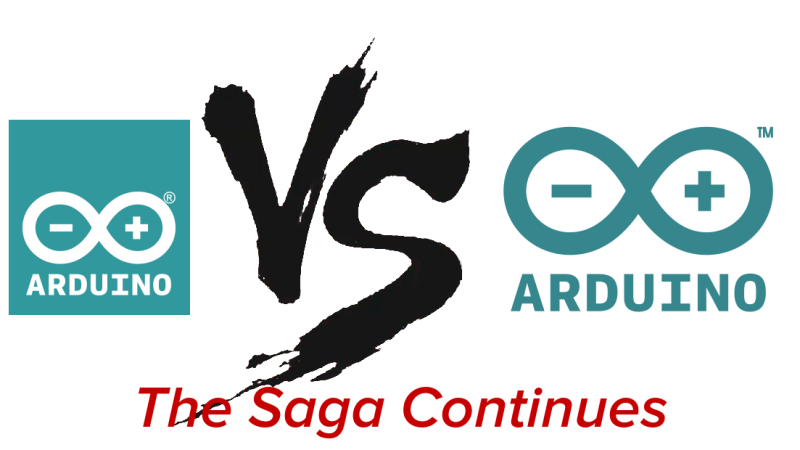 The story and the fight between the two Arduino brands is going on, here is an update and some considerations from Hackaday Arduino v Arduino: Part II | Hackaday

In short, there are two companies calling themselves “Arduino” at the moment. One, Arduino LLC was founded by [Massimo Banzi], [David Cuartielles], [David Mellis], [Tom Igoe] and [Gianluca Martino] in 2009, runs the website arduino.cc, and has been directing and releasing the code that makes it all work. Most of these folks had been working together on what would become the Arduino project since as early as 2005.

The other “Arduino” used to be called Smart Projects and was the manufacturing arm of the project founded and run by [Gianluca Martino]. Smart Projects changed their name to Arduino SRL in November 2014. (A “Società a responsabilità limitata” is one form of Italian limited-liability company.) They have been a major producer of Arduino boards from the very beginning and recently registered the domain arduino.org.

Around the time of the name change [Martino] sold his shares to a Swiss firm Gheo SA and [Federico Musto] was appointed CEO. Gheo SA is owned and directed by [Musto], who also runs a design consultancy based in the US and Taiwan called dog hunter, LLC.

dog hunter and [Musto] helped develop the Arduino Yun, a mashup of an Arduino with an OpenWRT-compatible WiFi router. dog hunter also runs the Linino.org website to support the Linux distribution that’s running on the router part of the Yun.

In short, on one side is Arduino LLC, run by the original Arduino Five and hosting arduino.cc. On the other is now called Arduino SRL, run by a former co-developer [Federico Musto] who bought out the largest producer of Arduino boards and opened up arduino.org.

What will happen then? In substance, there are two brands, two websites and two legal suits.

The core now is to understand if the “original” Arduino controlled the name and the trademark when the LLC has been established.

The solution is not simple since both companies have different development roadmaps in mind.

Arduino LLC is gathering consensun and closing partnership deals with Intel Galileo and Beagle to realize its Arduino TRE. The approach seems to be more “open” and “community” oriented.

Arduino SRL is pushing on YUN and developing everything in house, keeping the production in Italy (while LLC is open to production in different countries, USA first).

A different approach in the software development could lead soon to a fork. We are afraid that the strongest Arduino values, the universal compatibility and the “family feeling” so important to set the successes reached by the platform are nearly over nowadays. Will Arduino survive, despite all the stronger and stronger competitors?

Which Arduino do you like more and are you parting for? Let us know!