In the fictional Marvel Universe, Wolverine has sets of claws that pop out of his hands as if they were natural parts of his body. While a seemingly fantastic concept, myoelectric sensors are able to pick up on muscle movements in order to illicit a response. YouTuber MERT Arduino & Tech decided to take this concept and build a pair of forearm-mounted claws. 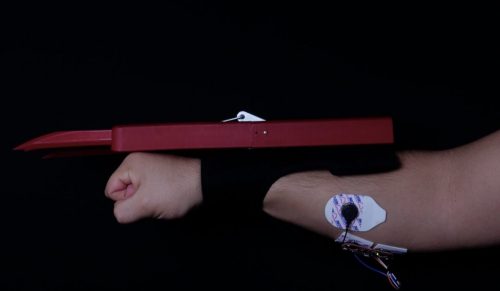 The wearable device senses muscle activation via a MyoWare muscle sensor, which sends information on to an Arduino Nano on a custom carrier board. Depending on the signal, it’s able to extend or retract claws, with the help of a servo motor and linkage system.
The project looks like a lot of fun, and more information can be found in the video’s description below. It’s also not the first time we’ve seen some 3D-printed bionic claws — similar instructions are available in this Make: tutorial.