MobiLimb: the Robotic Limb for Your Smartphone 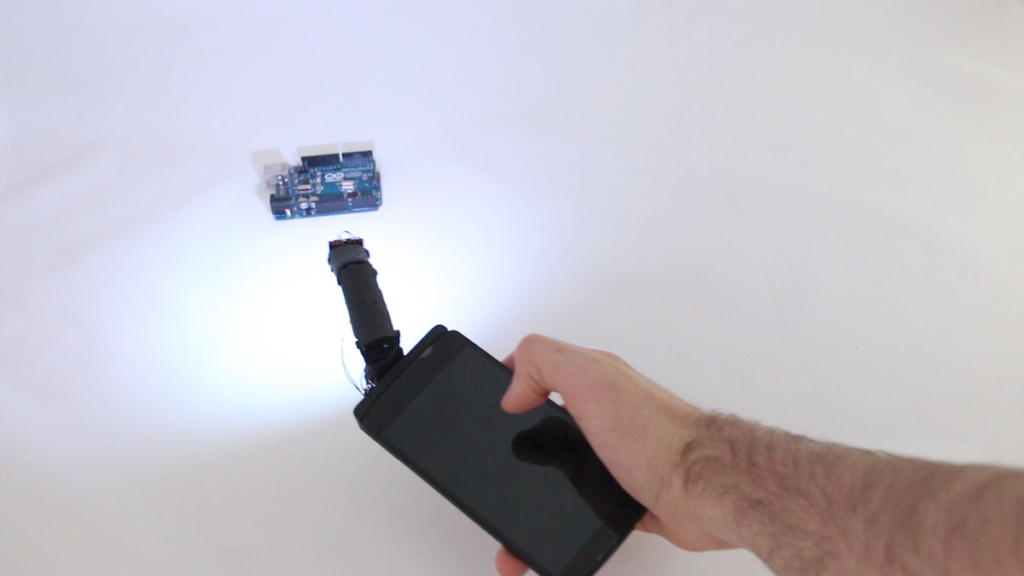 The maker Marc Teyssier in collaboration with a team stretching across two universities in France have created a completely original accessory for your smartphone: MobiLimb, a robotic finger the plugs directly into your smartphone.

The device uses an Arduino to interface with the phone or other smart device via its micro USB port, and powers a servo-actuated robotic manipulator with five degrees of freedom. The servos give the artificial finger enough power to pull the phone itself across the ground, and for other interactions like acting as a physical avatar, propping the phone up as a stand, or even taking input as a joystick apparatus.

“MobiLimb is a new shape-changing component with a compact form factor that can be deployed on mobile devices. It is a small 5 DoF serial robotic manipulator that can be easily added to (or removed from) existing mobile devices (smartphone, tablet). In the spirit of human augmentation, which aims at overcoming human body limitations by using robotic devices, our approach aims at overcoming mobile device limitations (static, passive, motionless) by using a robotic limb. This approach preserves the form factor of mobile devices and the efficiency of their I/O capabilities while introducing new ones:
– The users can manipulate and deform the robotic device (input)
– They can see and feel it (visual and haptic feedback), including when its shape is dynamically modified by the mobile device.
– As a robotic manipulator, it can support additional modular elements (LED, shells, proximity sensors).”

You can see MobiLimb in action in the video below.