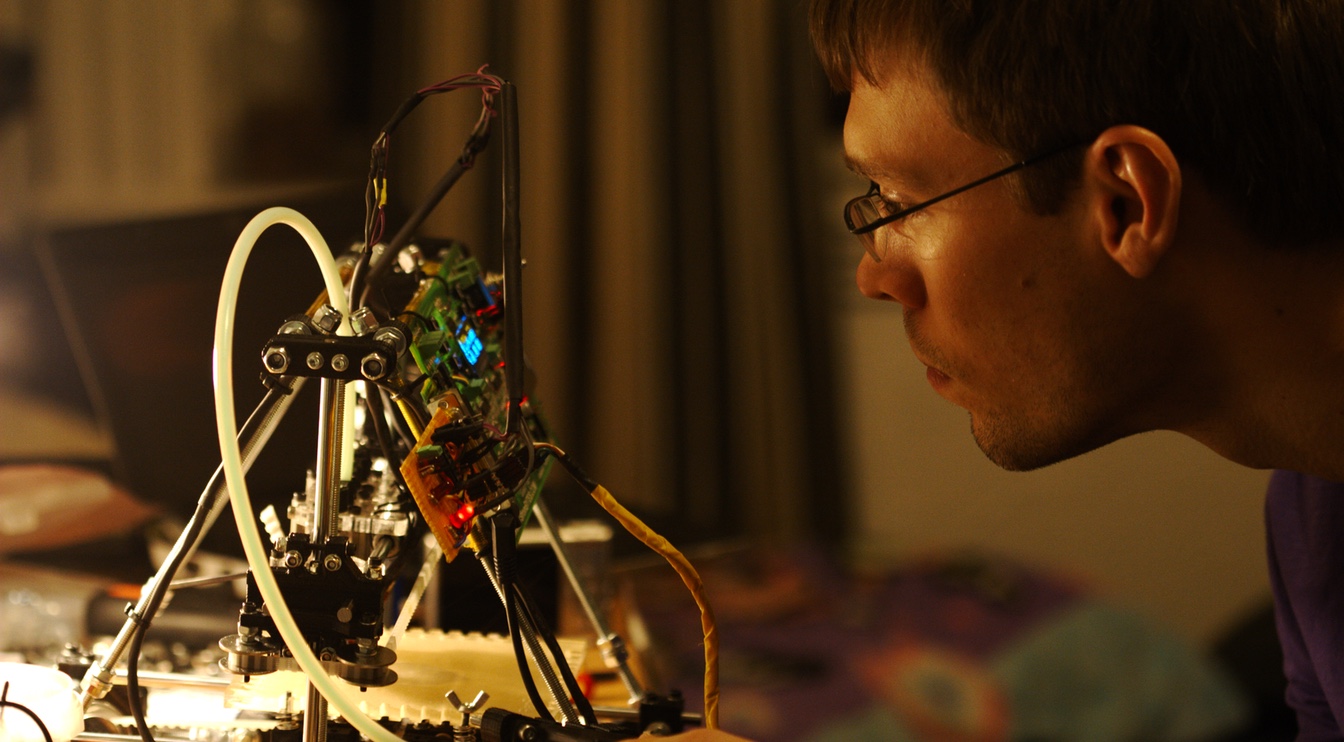 In a world where $5 computers and custom 3D-printed hardware are commonplace, it’s no surprise that maker culture has bloomed. Regular people all over the globe are developing exciting new projects on the daily, and sharing their hard work with the entire Internet. We can watch these everyday engineers design and build incredible DIY projects whenever we want, and that’s incredibly entertaining. However, there’s something more powerful here: We’re encouraged to take those ideas, tweak them, and create something new.

Is the Maker culture really changing our lives? I think yes, the cultural change is pervading many aspects of our lives. Are are a few projects that can demonstrate the Makers’ creativity!

While robots are typically thought of as fodder for high-end tinkerers, there’s also a number of robotics enthusiasts who value simplicity and affordability. And if you go all the way to the extreme end of the spectrum, you’ll find people building robots out of literal garbage. Namely, a YouTube user named Burhan Saifullah.

In the video in the playlist above, “Mr. Moo” is made of two hot sauce lids, a reused gearbox, a AAA battery pack, numerous screws/nuts, a reused switch, some wires, a can, parts of a wire coat hanger, two LEDs, and some terminal blocks. (Watch the video playlist)

This project stands out because of its clever juxtaposition of complex modern engineering with ancient technology. Humans have been using shadows to tell time for thousands of years, but this ingenious design from a clever French engineer allows for a sundial that delivers a numerical readout in twenty minute chunks for a six hour portion of the day.

If you have a access to a 3D printer, you can download this project from Thingiverse, and print it yourself. But if you’re unable or unwilling to sit through roughly 35 hours of printing, the designer is selling this crazy sundial on Etsy at $79.14 a pop.

Ever wanted to build your own custom tablet? If you use this Adafruit project as a jumping-off point, it’s actually easier than you might think. Grab a Raspberry Pi 2 Model B, the official RPF 7-inch touchscreen, about $38 worth of additional parts from Adafruit, and you’ll have all of the guts of your tablet ready to go. Of course, that’s not all you’ll need.

The shell of the device needs to be 3D-printed, so you’ll need to choose between using the DIY method or simply taking advantage of the professional 3D-printing services across the globe. Once that’s done, you can get to work assembling and customizing your own tablet however you see fit.

Drones have become commonplace. Not only are these buzzing little creeps used frequently by government organizations for numerous (and sometimes nefarious) purposes, but small quadcopters have begun to proliferate among average citizens as well. Even in the relatively rural area where I live, it’s not particularly shocking to see a drone flying around every once in a while.

Unsurprisingly, quadcopters are quite popular with the DIY crowd. There are plenty of videos showing how to make quadcopters, but this 15-part series from YouTube user “iforce2d” shows off the entire process of making an Arduino-based quadcopter from tip to tail. Not only does he provide a complete list of parts, but he also openly discusses the ups and downs of the final product. This isn’t going to be the simplest or cheapest quadcopter ever made, but this video series offers a strong base to build on. (Watch the video playlist)