The Tinusaur is a small board with a ATtiny85 micro-controller on it. The board has the minimum required components for the micro-controller to work properly. It also has few headers to connect external components and connector for ISP programmer. The board could work with any of those DIP-8 chips such as ATtiny25/ATtiny45/ATtiny85, ATtiny13 as well as their variations.

The goal of the Tinusaur project is to have a simple, cheap and quick-start platform for everyone interested in learning and creating things.

Tinusaur, what is this?

It’s a a small board. Briefly, the Tinusaur is a minimal micro-controller hardware configuration based on Atmel AVR ATtiny family of micro-controllers and more specifically those with DIP-8 case such as ATtiny25/ATtiny45/ATtiny85, ATtiny13 as well as their variations. 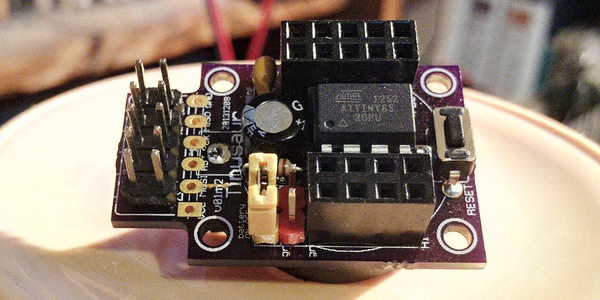 The goal of the Tinusaur project is to have a simple, cheap and quick-start platform for everyone interested in learning and creating things.

Is there anything special about this board?

Although, it has some advantages as well as disadvantages and they are discussed here.

The Tinusaur project is simple and easy to understand for everyone platform for a quick start learning and creating things.

What are the advantages of the Tinusaur project? 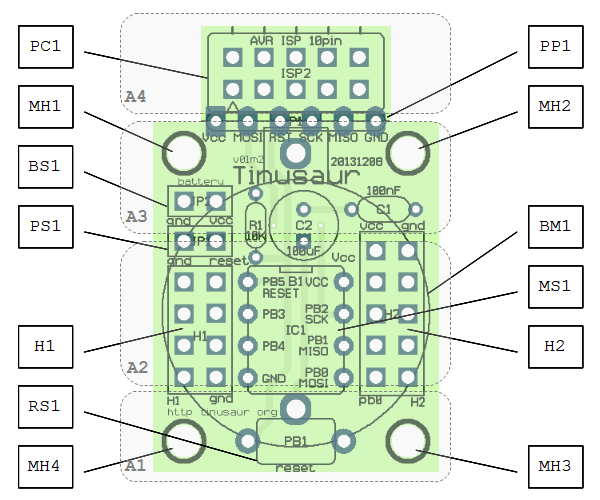 What are the benefits of using the Tinusaur over some other similar projects?

There are of course things that are not perfect with the Tinusaur and we must mention them here.

What are the disadvantage of using the Tinusaur board?

More information could be found at the Tinusaur Blog. 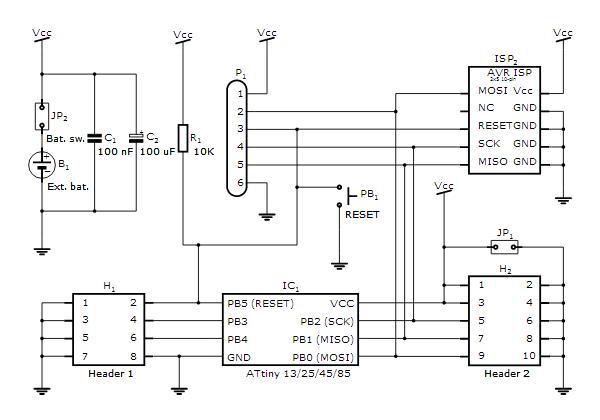 There is no any firmware or run-time required for this board to work. You write your programs in C/C++ and upload it to the controller with your favorite development environment and programmer.

This is very simple project, like a Tutorial 001 – first thing you do. You can call it The “Hello World” of Micro-controllers. It make a LED to blink.

This source code is also available at bitbucket.org/tinusaur/tutorials/src/default/tut001/src/main.c 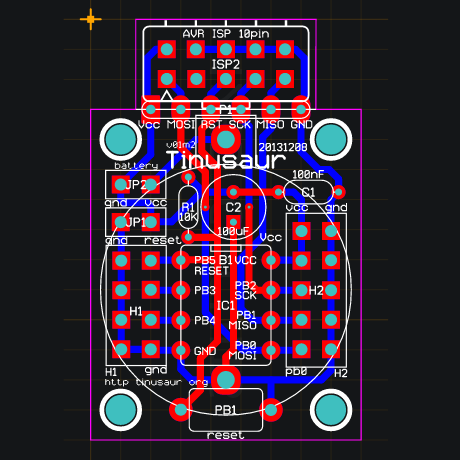 The board designs are available the following locations: