It self mobile charging device

It self mobile charging device

Radio Waves Converts to Electricity/Electricity Capture From Space With The Help Of EMF Of Mobile Phone Network.

Introduction:
The research topic I have chosen for “Electricity Generates from EMF (Radio waves)” is focused on electromagnetic force of radio waves, in the electricity system, what services are provided in world, and what services are needed. Radio Waves Converts to Electricity/Electricity Capture is a concept of Power captures from space, this concept is used in modern world because the modern world is world of mobile technology. Sir I worked on small circuit and made a device of electronics and some metal which generates electricity when mobile is in use and it charges a smart phone without any charging device or without any power source, this circuit is mainly fabricated on a mobile circuitry which automatically charges the mobile while the mobile is in use of calling, massaging or using the internet and it charges the mobile without any hassle.

Objectives:
The circuit gives us the big advantage over today’s world, it gives the full support of mobile technology and also it is used in various places like mobile tower, in mobile towers there is more Electromagnetic Force and it gives sufficient electricity in mobile towers. The circuit is also used in two ways communications like wireless apparatus, cordless phones, dish antennas etc. the concept of this device or methods used in this device never be created.

Analysis:
In today’s mobile age, our cell phones keep us connected to everyone 24×7. Without mobiles, we’ll all be back to the Stone Age. But irrespective of their class, they all run on a battery which goes down at the end of the day. The smarter your phone, the sooner it runs out of charge. I found every one need the mobile charge without hassle. And when I found this problem worldwide and I research on this problem and found there is network towers on mobile display and later I think there is some power transfer in the mobile phone while it works, and here I got problem for capturing this energy but it is very difficult to capture the electricity from space because various researches has been done but nobody captures. Finally one day I was working on this project and I observe some electronics captures/converts the mobile signals into the small electricity and later I capture more than 20 volts of dc current.

Technical Specification:
The circuit is made up of different semiconductors and some metal the circuit is not complicated it is simply fabricate on mobile phones are wireless apparatus and it is also used in mobile towers. The circuit generates more than 20 volt and 0.600µAW to 2.5 Amp. Power which is sufficient for charging. The method I used is Electromagnetic Field of mobile net work believe this is a very appropriate topic for electricity from artificial/ natural power which we until not generate.
Working hypothesis:
The power problem is not only in mobile and is not limited it is worldwide, the EMF of everything is useless until we not change it?
In the world the power problem is high and it needs more work on it so I also need some help from the world so I implement it fast and it will help the world in many ways and I have many more concepts like electricity generate from radar waves, wifi waves etc. 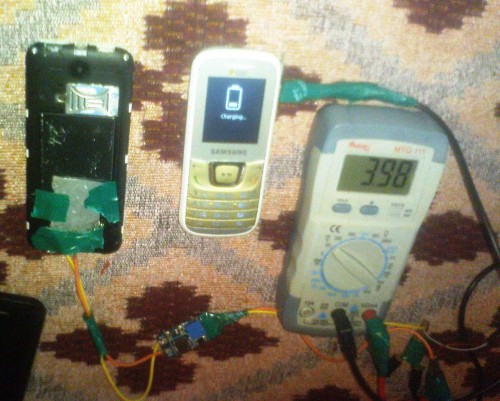 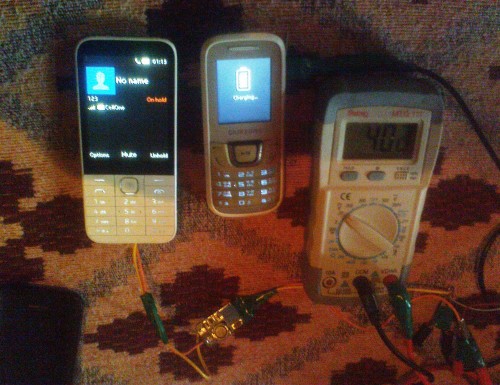 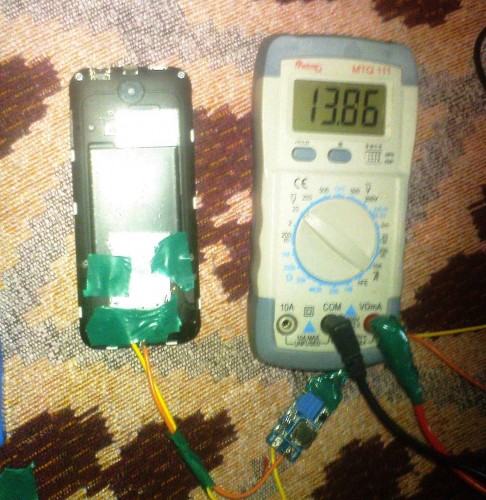 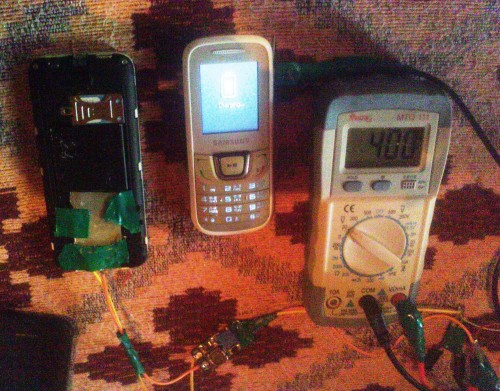