Insect Robot is a little walking robot on four legs moved by two standard servos which are controlled by Arduino. The robot uses an Ultra-Sonic Ranger to detect objects in front of it and, in case of obstacles, it walks backwards and turns.
A 9V battery powers the motors, the sensor and Arduino.
This project is based upon the work by Kimmo Karvinen and Tero Karvinen published in "Make: Arduino Bots and Gadgets".

The body of the insect is made by gluing two servos together and attaching the legs to the motors. 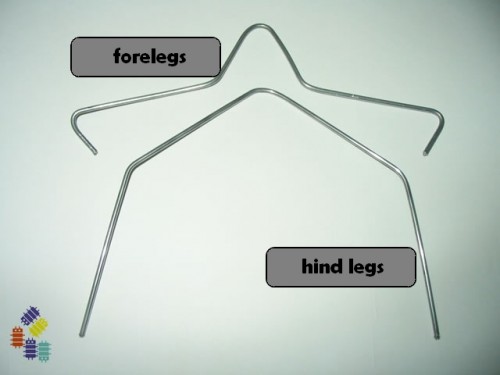 For a better grip you can cover the tips of the legs with heat-shrinking tubing. For the front legs you can use a silicone clay such as Sugru.[/colored_box]

Fix the legs to the cross-shaped horns with thin wire, then cover the joints with hot glue. 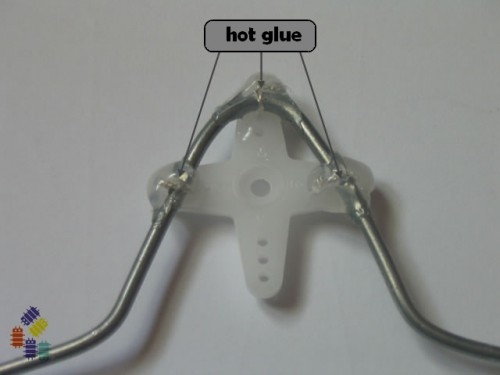 Stick the motors together with glue to make the body of the robot after removing the extension next to the servo arm from the front motor (on the left in the picture below) and the opposite one from the rear motor.

Use a piece of Velcro tape to hold the battery: cut a strip and attach it with screws to the extension on the back of the rear motor. 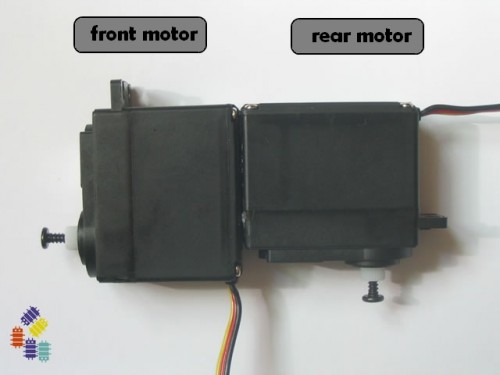 Make holes on the plastic board to attach the Arduino board… 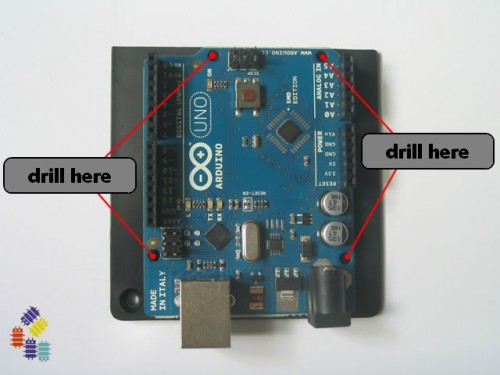 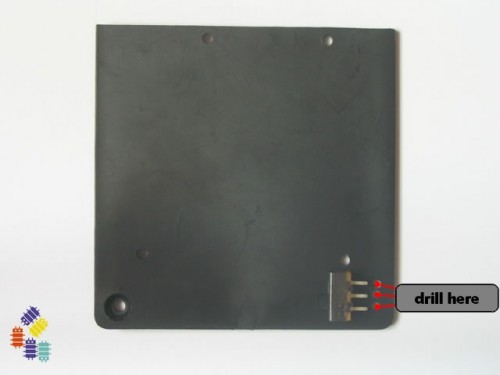 Attach the legs to the motors and the board to the servos. Connect the servos and the switch to Arduino with the help of jumper wires as shown in the drawing below.

Load the sketch twoServosCenter.pde to Arduino for centering the servos, then fix the legs with the screws. Attach the battery and shape the legs so that the insect be well balanced.

Attach the 90° five-pin header to the ultrasonic sensor and connect the five-wire cable. Attach the sensor to the front motor with hot glue and connect it to Arduino as shown in the drawing below:

Load the sketch theWalk2.ino: the robot will be able to walk, to detect obstacles and to change its direction.