Apio is an hardware and software platform, that gives to Makers and developers the perfect tools for fast create products for Smart-Home and "Internet of Things" environment. 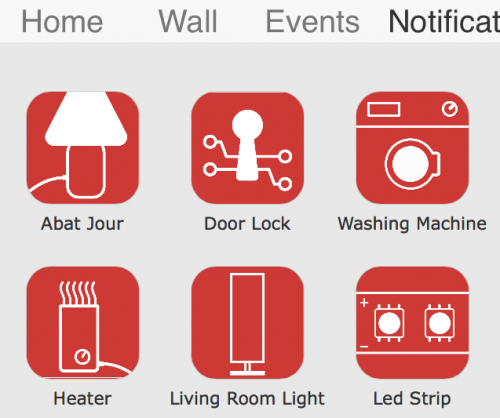 What you see on the image is a preview of the Apio OS “Home“, a Web OS for smart objects and projects. In Apio every object is an App that is linked to the real Objects through a communication Channel.

Apio OS is composed by four section: Home, Wall, Events and Notification, you can see these on the “top-menu”.

Apio gives to Makers and Developers a platform in which creates and handles every projects.

In the “Home” I can see all the Objects and I can control them throughout their app.

For example I can click on Abat Jour to open the App of the object. 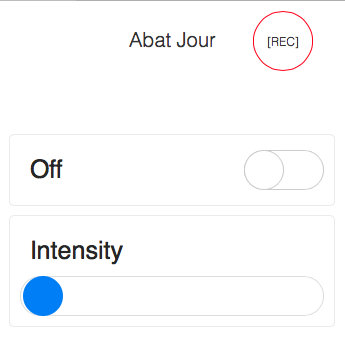 In the image we can see how this simple App is made. It have two type of control: a trigger to switch on or switch off the Abat Jour and a slider to control the intensity.

In the top-right corner we can see the “REC” button. Every object encoded inside Apio will enjoy this features. This button gives to Maker’s project a boost. In fact thanks to it I can save any state of an object. 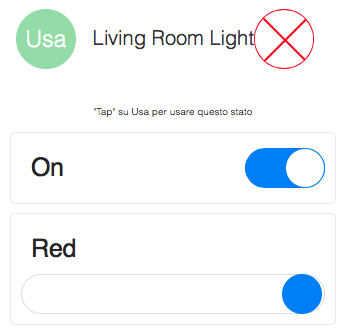 Thanks to this, in “Events”, I can link the state of every objects as I prefer. Makers or Developers can creating an object in our system that are capable to interact with others just because they are in the same network: Object Network.

This way I can say, for example, when the Abat Jour is red, lock the door and so on. You can even use a specific date.

There are two Software:

1. ApioOS is the software foundation of the object network,  it allow users to controls and communicate with all the virtual objects in your network. The web OS interface let you configure and control in real time every object from the same interface, and create complex actions involving multiple components, like connecting a sensor to a group of light sources. Apio OS can be used from Smartphone, Tablet and PC.

2. ApioSDK is our development platform for virtual objects (web apps) and Apio Framework is its core. Apio SDK doesn’t require great knowledge to create connected objects, thanks to the Wizard you can control a LED through an APP in 5 minutes (see HERE). An Advanced users that know Web Technologies or Electronics are free to modify all aspects of the object and/or of the APP.

The software are linked to our hardwares; in order to control a network of objects we need a communication channel and a protocol that handles a network.

So the hardware are composed by two boards: Apio Dongle and Apio General.

Apio Dongle is a USB key that allows you to communicate wirelessly with your Apio Generals. Apio OS runs on a PC or mini-PC (like BeagleBone Black or Raspberry Pi), so the Apio Dongle is a bridge among computer and smart projects/objects. Apio Dongle manages communication protocols that are not integrated in a PC.

The Apio General instead is a microcontroller Arduino Compatible that everybody can use for create something new. The power  of the Apio General is the integrated communication channel that makes it perfect for Internet of Things projects. 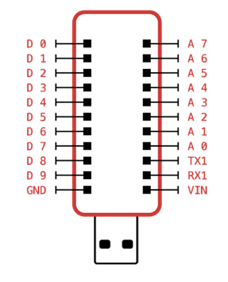 The general offers these pins:

For example this light is completely Apio Compatible, it can be controlled through Smartphone, Tablet, PC and it can be linked to other Apio compatible Objects. 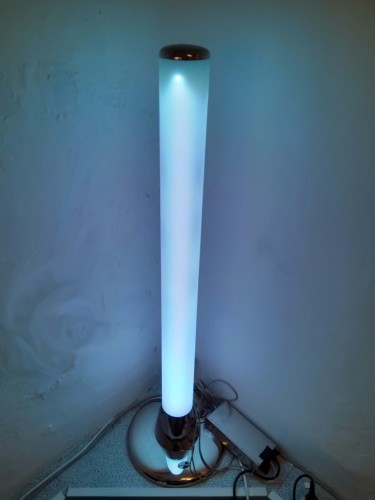 Apio’s goal is to give to Makers a boost to  create their connected projects. They have to worry only about their objects and not about connectivity,web platform or others issues.

An Apio object is ready  to communicate with Apio OS and interact with other objects in the same network.

You can see our System here.
If you want to download it on our VM click here (you can read the “Getting Started” here).
If you prefer to install all the packages see here: our System is open source and is based on the M.E.A.N. stack languages (MongoDB, Express, AngularJS, NodeJS).