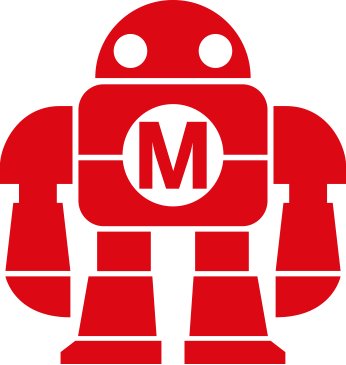 The IV Edition of Maker Faire Rome, which will be held at Fiera di Roma (Oct. 14 – 16, 2016) will be bigger than ever, and we want you to help us not just in terms of content but also in terms of its major attractions.

This year there’s something new, we are building Maker Faire together, not just in terms of content but also in terms of its major attractions. Pending the usual Call for Makers (April-June) when makers will be able to submit their own projects, we would also like to receive proposals from those wishing to help us make this event unforgettable.You have until 28 April to submit your ideas, which may be presented in the Fiera di Roma exhibition area, for the following:

All in maker style in line with MFR themes (see the FAQ below).

Projects involving installations and performances, to be set up in the area (outside the exhibition area) to promote Maker Faire Rome will also be given consideration.

Applicants must be able to produce and supply the projects they present, if selected, according to the terms and conditions agreed on a case-by-case basis with the organisers. Submissions must also be accompanied by a cost estimate, which costs in part could be paid by the Maker Faire Rome organisers following the procedures of Asset Camera Special Agency or by one of its Partners. Targeted crowdfunding campaigns may also be started and supported under agreement with the applicants and as a supplement to the available resources.

The organisers and officials will announce the outcome of their assessment by 10 May, contacting the applicants and inviting them if chosen to submit a detailed plan, establishing times, costs and implementation procedure.

Projects not selected may be resubmitted to the Call for Makers (opening in April) in order to be presented at the Faire using their own resources.

DEADLINE IS EXTENDED TO APRIL 28. Find here  the application form.

Are you still in school even though you already have what it takes to be a Maker?

Do you have an innovative project that you’d like to show to the public at Maker Faire Rome 2016?

What are you waiting for? Send us your proposal! The Call for Schools is now open!

Bring your project, we’ll take care of everything else! We’ll give you a table and chairs in one of the Faire’s pavilions; they will be filled with visitors, people eager to look around and makers from all over the world who’ve come to meet you.

The Call for Schools is open to educational institutions belonging to the countries of the European Union (Level 3 /14-18 years of age).
A jury will pick 55 of the most innovative projects which will be hosted during Maker Faire Rome 2016 inside an area dedicated entirely to schools.

Participation is free of charge. We are expecting creativity, passion, ingenuity and inventive work and… your project created on school desks!

But that’s not all: Maker Faire Rome means great visibility, plenty of contacts and loads of fun. All participating projects will be prominently displayed on the Event web site, and our press & media team will introduce them to national and international newspapers, radio and television.

These are just a few of the school projects that were selected for the Call for Schools 2014.

And the 2015 edition was every bit as interesting:

Have we convinced you? Then all you need to do is to read the RULES