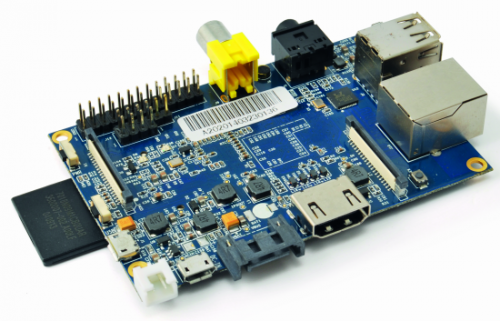 As you may recall, we described BananaPi lately in this post, and today we give you a brief overview on the latest software updates released by the manufacturer of Banana Pi. New porting of operating systems, increased compatibility with Raspberry Pi and new hardware configurations make it a better and better solution for our projects.

In that article we pointed out the success of the proposed solution by Lemaker, the company that manufactures the microcomputer, so as to keep it always on our desk. The only slight concern was the choice to copy also the shape of its competitor Raspberry Pi. Anyway we started using Banana Pi in those projects where Raspberry Pi began to no longer provide adequate performances, especially in data collection applications from sensors and processing scenarios with rules of self-intervention.

Great help came from being able to connect to the microcomputer a hard disk directly to the SATA connector available on the microcontroller itself. Meanwhile, the Raspberry foundation presented version B + of their card equipped with a greater number of external devices (USB). Sign of a world in rapid evolution that, if from a certain point of view can lead to confusion and uncertainty, on the other always offers new opportunities for development of advanced projects and applications and more affordable costs.

To give us some assurance of continuity and to minimize the risk of wasting the efforts of studying, planning and learning the embedded world, that we are supporting a long time now, we have set as a “invariant” of our business the fact of “considering only ” embedded products that supports the GNU / Linux operating system and “Debian” distribution in particular. Difficult to motivate with strictly “technical” reasons this choice. We could indicate a propensity to use a system that operated for decades has never disappointed, which boasts a development community among the largest on the planet. Which “runs” on a range of computer systems ranging from small “Arietta G25” ACME Systems, the Raspberry Pi and similar cards such as Banana Pi, to home computers, to large server companies and up to the most gigantic supercomputer in universities and research centers worldwide. Against this background, once again we were not disappointed. BananaPi presented a new version of its operating system based on “Debian” and compatible with Raspian of Raspberry Pi, along with the extension of the offer with other operating systems, ported from scratch or updated.

To get an overview, just visit  http://www.lemaker.org/resources/9-38/image_files.html to find the latest situation of the available software as widely available on the download page visible in figure. 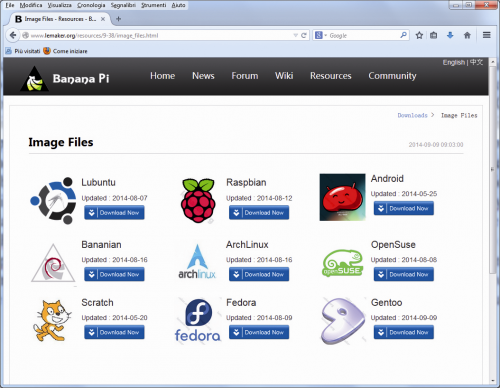 Instead, as regards the evolution of the hardware we can find a possible answer to this site, where there are BananaPi “class” microcomputer on cards able to accommodate on board the hard disk, in addition to a greater availability of external devices. 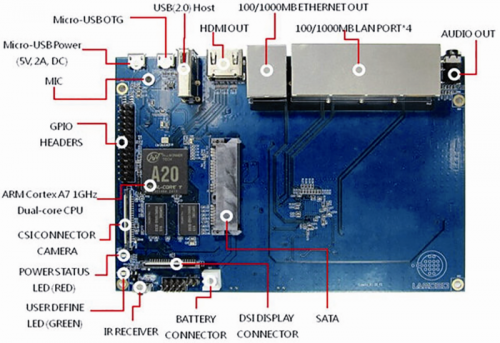 With these cards we can build real micro PC or dedicated systems as small NAS, printing server or network devices as a router or gateway. All with the new versions of the operating system that we have mentioned. Our focus is obviously to the new version of Raspbian 3.1, Debian Wheezy who “runs” on Raspberry Pi. As shown in figure, in this new version there are some attractive packages like the Arduino IDE and development environments for teaching programming language “Scratch”. The latter is in both the “base” version and the one with extensions that can interface the GPIO. 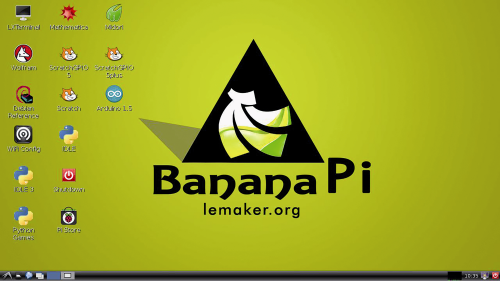 Have been also solved some of the problems that we have highlighted in the article on Raspberry Pi. In particular, the possibility of using physically the same SD Card indifferently on Raspberry Pi and BananaPi, of course if we do not use the hard drive on the SATA connector (Raspberry Pi does not have this ability, but with a case that converts SATA to USB we could “solve” the problem). Another feature that made us happy to see is the ability to use the configuration tool “raspi-config” on BananaPi. We always found it very useful, especially for those who areless familiar with the use of system utilities such as Gparted or shell commands.

In these figures we see the main menu window of the instrument raspi-config launched on BananaPi and on Raspberry Pi. Note that the menu launched by the same command is automatically configured depending on the card that is being launched on. 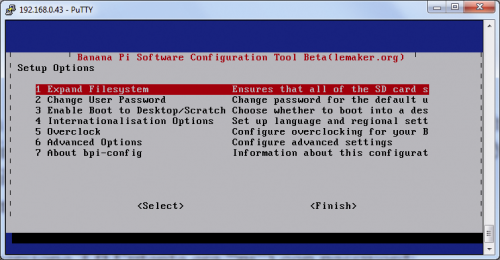 With raspi-config, for example, becomes extremely simple, after preparing the SD Card, to expand the “root” partition to use all the available space, which in previous versions of Raspbian for BananaPi required laborious operations with partition management tool.

In figure we see the SD Card usage, just created.

In these figures  we see the simple steps to use all the space on the SD Card after you select the instrument raspi-config menu item “1. Expand Filesystem “. 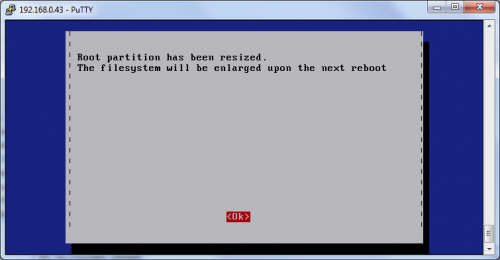 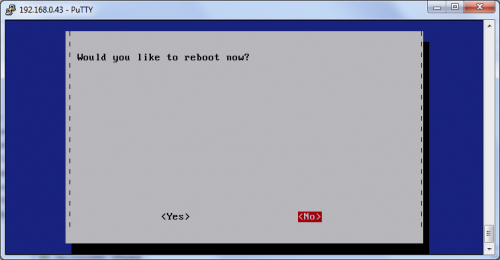 In figure we see the result of the operation after the reboot of the card.

They became simple even other configurations available in the menu raspi-config, as the RAM memory distribution between video and CPU or the enabling of camera and SSH server. Convenient addition is the ability to control the CPU temperature. Just go to the folder:

In this figure we measured a CPU temperature of 49 degrees.

In the distribution is included by default the library wiringPi in the latest beta version, which allows the use of GPIO pins as both I / O  and configured as I2C, SPI, or as PWM outputs. This library also works with Raspberry Pi.

We still remember that the default user in this distribution is:

bananapi (in the previous version 3.0 the user was “pi”)

The only sore point is that if you want to experience the new version and have already installed the previous version, possibly using a hard disk, you can not proceed with an upgrade, but you need to download the new full distribution and create the SD card using the method described many times, and in particular in the book “Raspberry Pi – My first embedded Linux.” To connect a hard drive to the SATA connector on the latter and transfer the root partition refer in this article. We expect further developments on the cards with SoC Allwinner. For the moment we continue to keep using it for our embedded projects.