Arduino Zero board released by Massimo Banzi on US market 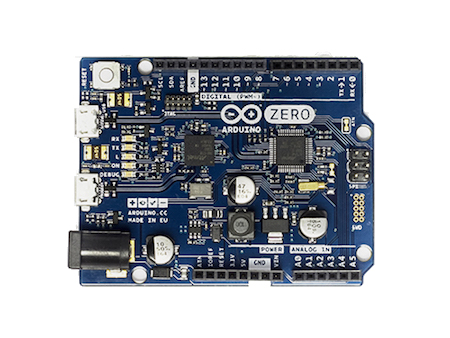 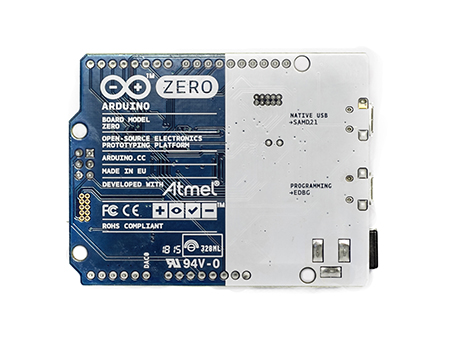 We’ve been waiting for this moment for months and today we confirm that Arduino Zero is available for purchase from the Arduino Store in US on Monday June 15th at  $49.90.

At the same time it has been released the Arduino IDE 1.6.5 with a bunch of new features and the support for the Arduino Zero

The Arduino Zero is a simple and powerful 32-bit extension of the platform established by Arduino UNO. The Arduino Zero enables creative individuals to realize truly innovative ideas for smart IoT devices, wearable technology, high-tech automation, crazy robotics, and projects not yet imagined. The board is powered by Atmel’s SAMD21 MCU, which features a 32-bit ARM Cortex® M0+ core.

The board contains everything needed to support the microcontroller; simply connect it to a computer with a micro-USB cable or power it with a AC-to-DC adapter or battery to get started. The Zero is compatible with all Arduino shields that work at 3.3V and are compliant with the 1.0 Arduino pinout.

Warning: Unlike most Arduino boards, the Arduino Zero board runs at 3.3V. The maximum voltage that the I/O pins can tolerate is 3.3V. Applying voltages higher than 3.3V to any I/O pin could damage the board.

Arduino Zero’s silk has an additional graphic element: the Genuino logo. Genuino is the Arduino sister brand from the Arduino founders (M. Banzi, D. Cuartielles, T. Igoe, D. Mellis), team and community. We added the Genuino logo to the Arduino Zero to stress its authenticity, and to make it easier for the Arduino community to spot original boards. We are going to include this logo to all genuine Arduino boards from now on