We present the candidature of Mr. Daniele Denaro for the TiDiGino Contest. He presents us a recent application with the Arduino: the Arduino Monitor.

This is a monitor that displays on the PC analog and digital values ​​read from Arduino. In short, a sort of display and keypad for Arduino made ​​with a computer. The use of a program in Java makes the application easier than a program written in Processing language and also lighter than the use of the protocol Firmata. At the end of the presentation you will find the files for the application on your computer, the library for Arduino, three examples that show how to use the library.

Arduino Monitor has two components: the Arduino library (Monitor) and a Java program “ArduinoMonitor.jar” running on computer. Arduino library has to be located into Arduino Libraries directory, and the Java program anywhere.
The library supplies some simple command that people can use in a Arduino program to display analogical or digital value in a more convenient way than the character serial console. Likewise people can receive input (digital or analogical) in the program.
The goal is to have a simple, immediate and light link with Arduino. The protocol is just of 3 bytes per message, for best speed. This monitor is much more simple than a Processing program and more comfortable than a simple serial console. Compared to Firmata , this protocol is lighter (about ½ memory filled) and basic.
Useful to verify input value from pin or execute command on Arduino. 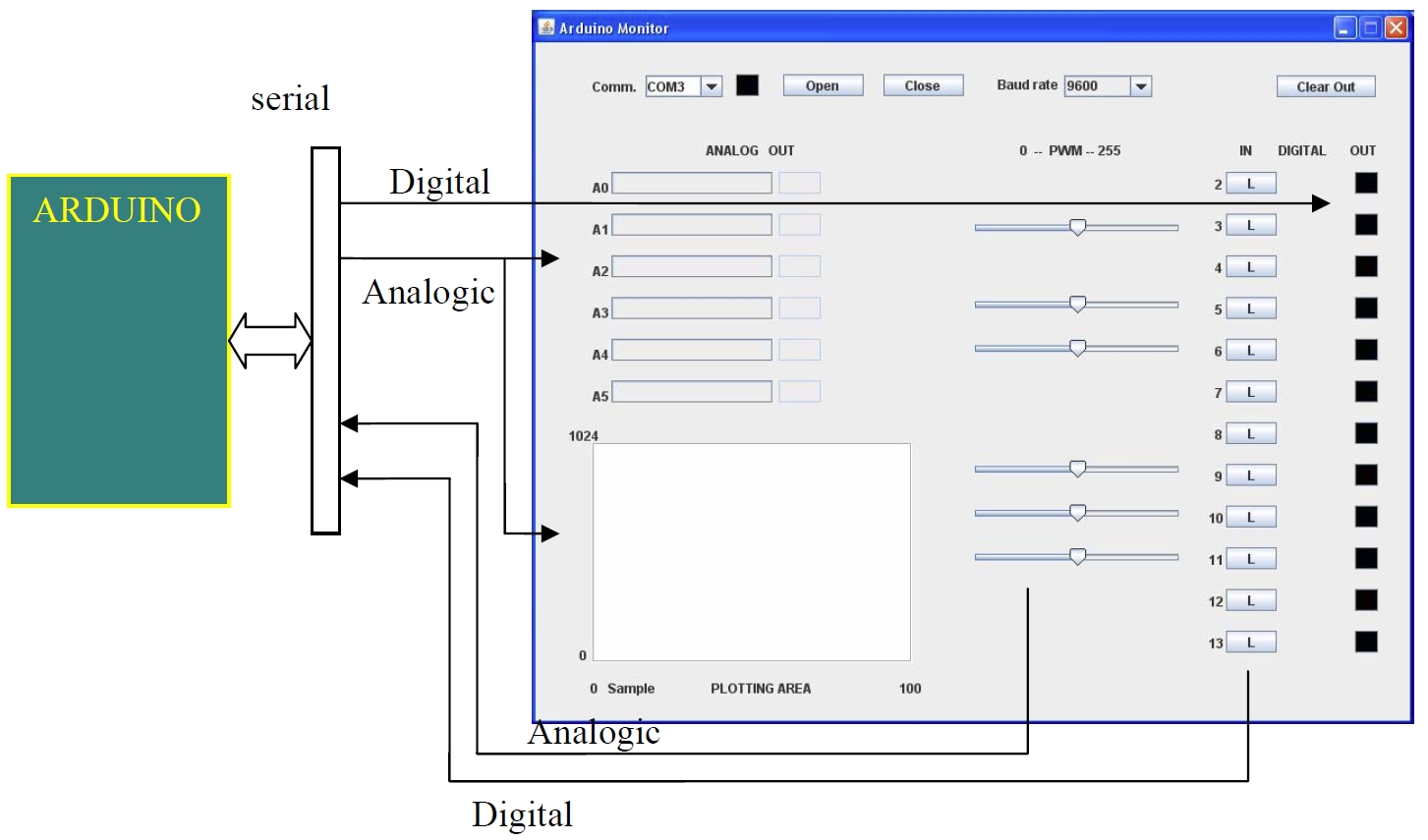 The other component is the Java program ArduinoMonitor.jar. You can simply start it clicking on.
But you need Java installed. It is a Windows version only because the included rxtxSerial.dll library.
This program open a windows with display and button or slides fields.
NB The serial port list is automatically refreshed. But sometimes it needs to be refreshed by hand ; that can be made using Close button.
Port selected and speed have been saved every closing application and reloaded at every start up.