Arduino Lie detector : your partner is in trouble! 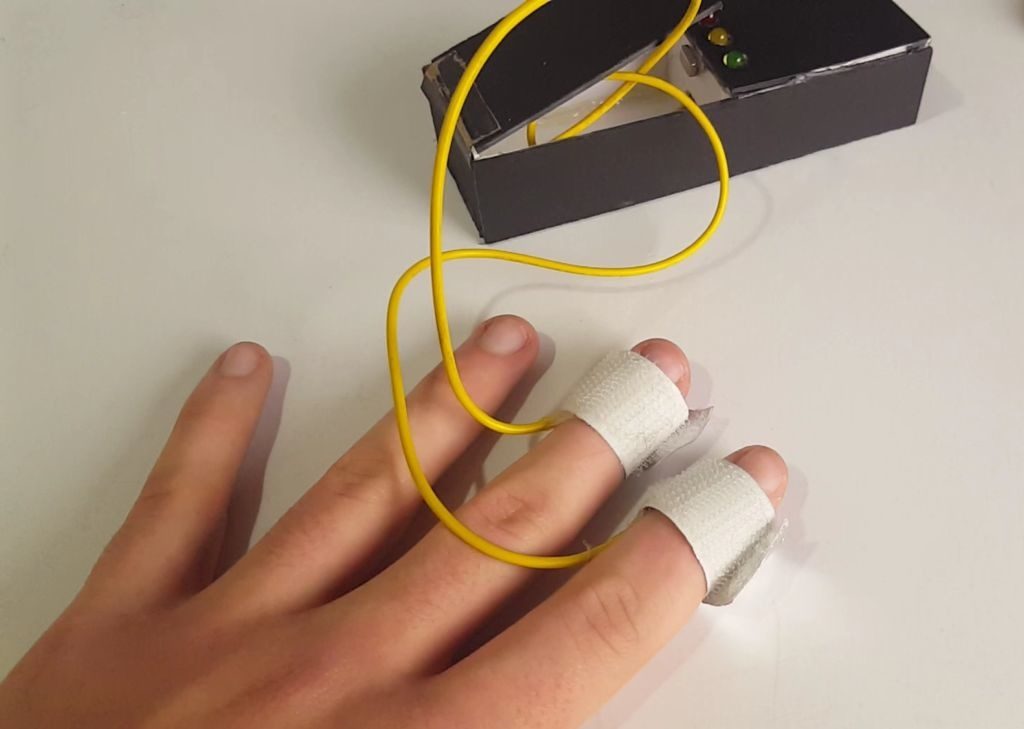 Are you sure? Are you telling me the truth?

How many times have you heard these words from you partner? With Dante Roumega’s lie detector it’s time to move on.

This system works by measuring an individual’s galvanic skin response, which is a fancy way of saying their conductivity. The basis for the project is that our skin changes its conductivity depending on how we feel, particularly following an evocative question.

Roumega connects an Arduino housed inside a small cardboard box to person being interrogated and to a computer running graphing software, which allows him to monitor the results in real-time. There are also three LEDs that enable him to tell if someone’s lying without looking at the screen. He starts by asking his subjects some easy things that they’d answer truthfully, like “what’s your name” or “where do you live,” followed by some that would likely prompt a false answer to get a baseline.

As for the finger pads, Roumega just used a few pieces of tinfoil, velcro and tape. He connects the Arduino’s A0 pin to one of the tinfoil strips and the 5v pin to another, and then wraps them around the middle and index fingers, respectively.

Sure it’s not the most accurate system ever  made, but it’s so cool!