Big news at Maker Faire Bay Area: a new Arduino board, jointly developed with Atmel comes to life to power the next generation of IoT development with the ease of Arduino:

Arduino Zero is a simple, elegant and powerful 32-bit extension of the platform established by Arduino UNO. The Zero board aims to provide creative individuals with the potential to realize truly innovative ideas for smart IoT devices, wearable technology, high-tech automation, robotics and projects not yet imagined. The board is powered by Atmel’s SAMD21 MCU, which features a 32-bit ARM Cortex® M0+ core.

The first prototypes of Arduino Zero will be on display at Maker Faire Bay Area 2014 in San Mateo on May 17 and 18 at the following booths: 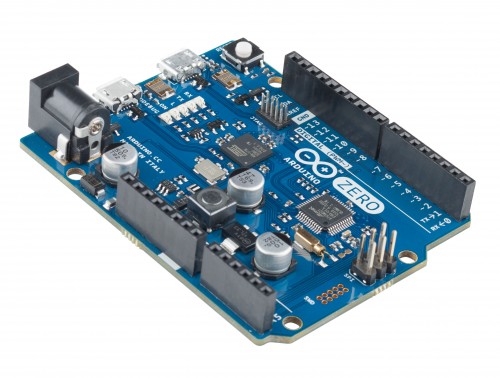