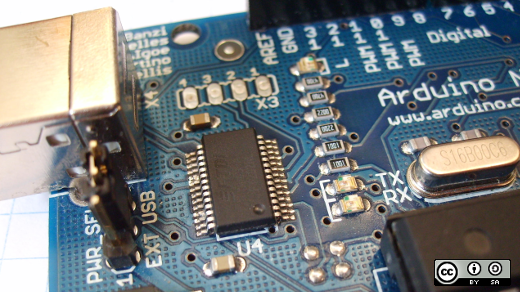 In celebration of Arduino Day —April 2, 2016—here are three nice Arduino-powered projects. And, if you’re new to Arduino, here are three projects to get you started. Remember fellow makers and tinkerers, the Internet of Things is just a fancy way of saying, “I can hack an Arduino into that.”

Okay, so this project isn’t a real nuclear reactor (you can stop buying smoke detectors in bulk now), just a Python-coded simulator. The upstream has included instructions for how to build a Lego model powered by an Arduino, which illustrates (via LEDs) how much power is being generated, and has moving control rods. It seems like a clever (and safe) way to teach K-12 students about nuclear engineering.

I do not know with what weapons World War III will be fought, but I’m betting that there will be crab robots in World War VI. This project includes the STL files to 3D print your own crab, the Java code to power it, and the Arduino to be its crabby brain. If you don’t have a 3D printer, you can just run the java code on a PC and see it in a simulator. See it in action.

Who hasn’t wanted to build their own thermal-imager? Finding animals at night, checking for heat leaks in buildings, detecting interdimension cross rips! All of these things (well, most of them anyways) could soon be realized thanks to this project. You can buy it as a kit, source the components on your own, or even 3D print and laser cut your way to glory.