Arduino-controlled microwave only works while gaming 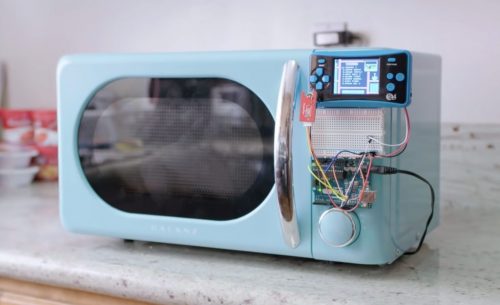 Microwave ovens have been the peak of convenient cooking since the 1960s, and nobody appreciates that convenience more than gamers. Normally you would microwave some pizza rolls between Call of Duty death matches, but Allen Pan decided to make gaming a more integral part of the cooking process for his most recent project.
This is a microwave oven that will only cook food while an attached game console is in use. That console is a generic all-in-one handheld with many built-in games, most of which are knock-offs or in the public domain. If a Hot Pocket requires three minutes of microwave cooking, then Pan has to play one of those games for a full three minutes or risk biting into an icy center. 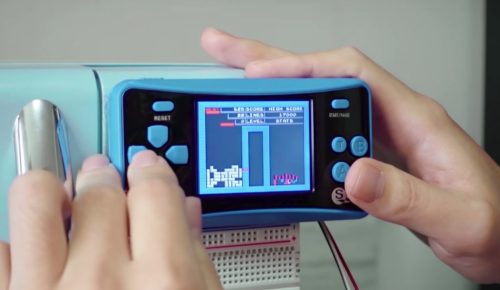 Pan used an Arduino Uno board to monitor a microphone placed in front of the console’s speaker. The console only outputs audio while a game is in play, so this was a reliable way to determine if the user is actively playing or if they have walked away.
If the Arduino detects sound, then it will turn on a relay in the microwave oven. Pan hardwired the microwave oven so that any time it receives power, the microwave emitter will run. All Pan needs to do is pop some food in the microwave and start playing a game. So long as his thumbs don’t get tired, he can heat up whatever treat he craves.