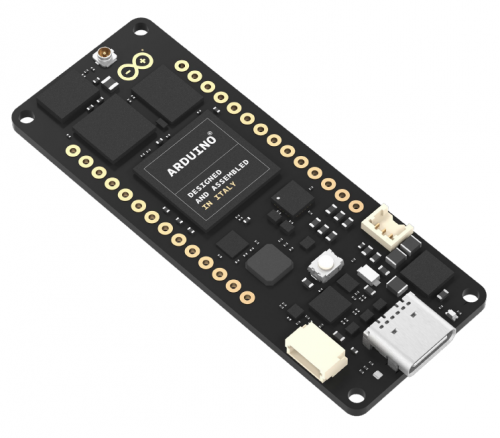 Designed for demanding industrial applications, AI edge processing and robotics, it features a new standard for open high-density interconnect to support advanced peripherals. The first member of the family is the Arduino Portenta H7 module – a dual-core Arm Cortex®-M7 and Cortex-M4 running at 480MHz and 240MHz respectively with industrial temperature-range (-40 to 85°C) components. The Portenta H7 module is capable of running Arduino code, Python and Javascript, making it accessible to an even broader audience of developers.
“The Arduino Portenta H7 combines the outstanding performance, flexibility, and features of the STM32H747 with the value and usability of the new Arduino IoT application development platform (Arduino IoT cloud, Pro IDE with cloud integration, IoT UI editor), to help SME simplify the creation and deployment of their custom connected products” said Laurent Hanus (Ecosystem Marketing Manager, STMicroelectronics).
Deployment times are accelerated further still through the use of Altium Designer and the Altium 365 Cloud Platform for hardware design. Many Small Medium Businesses (SMBs) and design professionals using Altium Designer can now leverage a range of Arduino reference design assets, from validated component symbols and footprints to schematic and layout templates and examples, making it faster and simpler than
ever to create custom hardware designs that integrate Arduino modular hardware.
Arduino software is also evolving to support this new high-performance hardware, with the familiar Arduino code running on top of the Arm Mbed™ OS open source IoT operating system, to provide enterprise grade features with a user-friendly front end.
“SMBs with industrial requirements require simplified development through secure development tools, software and hardware to economically realize their IoT use cases” said Charlene Marini (vice president of strategy, IoT Services Group, Arm). “The combination of Mbed OS with Cortex-M IP in the new Arduino Portenta Family will enable Arduino’s millions of developers to securely
and easily develop and deploy IoT devices from prototypes through to production.”
General availability is scheduled for February 2020. The new Arduino Portenta H7 module is available to beta customers now on arduino.cc/pro. The beta program is initially targeted to enterprise and SMB customers and professional makers.

Program it with high-level languages and AI while performing low-latency operations on its customizable hardware. Its two asymmetric cores can simultaneously run high level code such as protocol stacks, machine learning or even interpreted languages like MicroPython or Javascript along with low-level real time tasks.
Portenta H7’s main processor is a dual core unit made of a Cortex M7 running at 480 MHz and a Cortex M4 running at 240 MHz. The two cores communicate via a Remote Procedure Call mechanism that allows calling functions on the other processor seamlessly.

Both processors share all the in-chip peripherals and can run:
● Arduino sketches on top of the mbedOS
● Native mbed applications
● Micropython / Javascript via an interpreter
● TensorFlow Lite

The onboard wireless module allows to simultaneously manage WiFi and Bluetooth connectivity. The WiFi interface can be operated as an Access Point, as a Station or as a dual mode simultaneous AP/STA and can handle up to 65 Mbps transfer rate. Bluetooth interface supports Bluetooth Classic and BLE.
The Portenta H7 follows the Arduino MKR form factor, but is enhanced with two 80 pin high-density connectors at the bottom of the board. This ensures scalability for a wide range of applications by simply upgrading your Portenta board to the one suiting your needs. 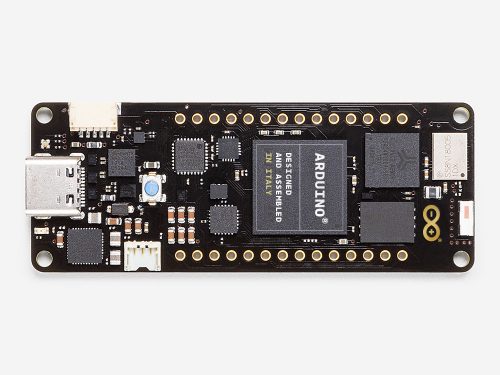 The board is highly customizable in volumes according to the end customer’s solution:
● Video (yes /no)
● Memory SDRAM / QSPI Flash
● Crypto
● Ethernet (yes/no)
● WiFi/Bluetooth (yes/no)
● HS USB
Initial launch though will be with the standard version

Portenta H7 will be available to pre-order in small qty’s via the arduino.cc store