3Dprint your halloween special with 3Drag

The night of the witches is coming: we need thus to gear up with a suitable decoration, so to create an atmosphere worthy of this celebration.

For this circumstance there are many suggestions on the Internet, and specially creations made with 3D printers; among those available on the popular website Thingiverse, we chose a “dynamic” decoration, that is to say a pumpkin that automatically opens and closes its mouth. Inside of it there are some ghosts that move over and over again (the item is number 506863, created by gzumwalt). 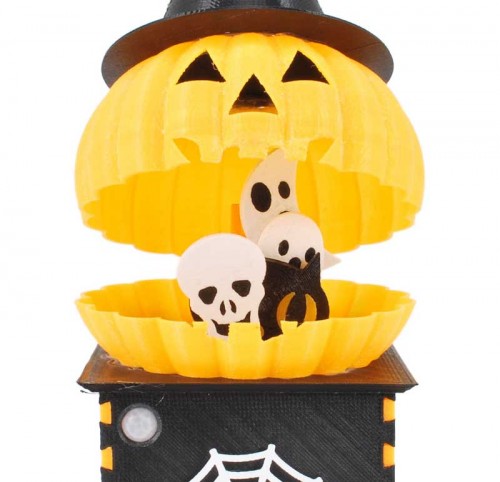 All the parts composing the item have been printed by our wonderful 3Drag, and have been properly assembled. 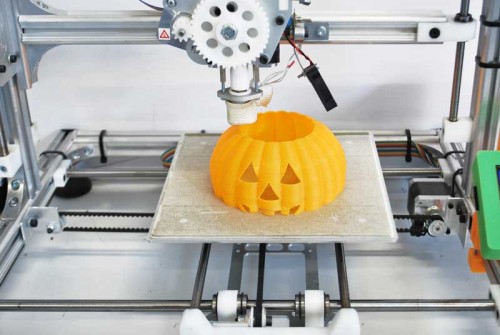 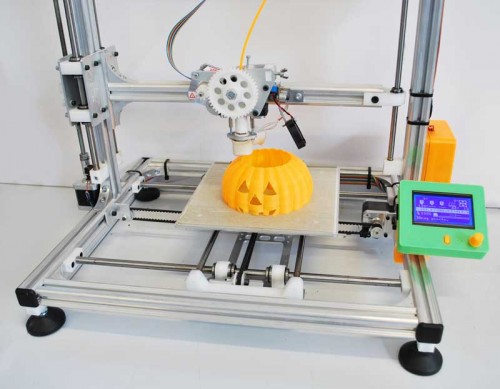 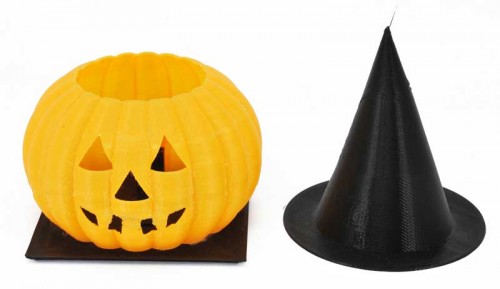 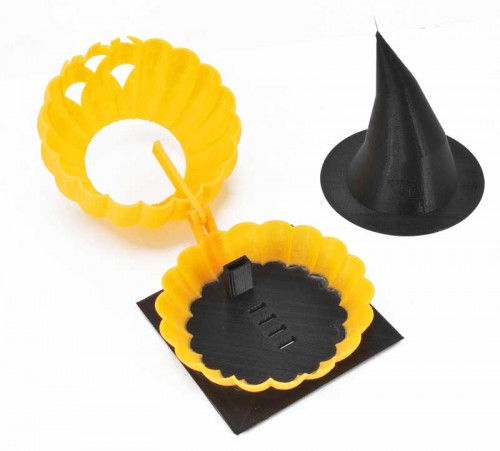 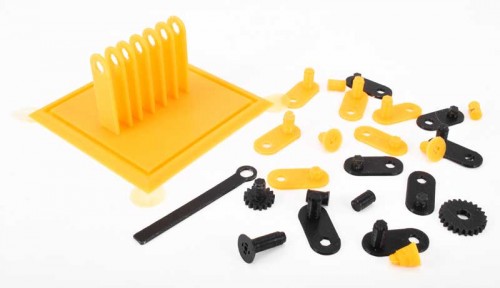 Immediately, the idea of integrating the item with some electronic circuits jumped to our minds: to enable the activation of the movement, when a person is passing by: this would give our 3Dprinted Halloween pumpkin an even more “spectral” appearance! 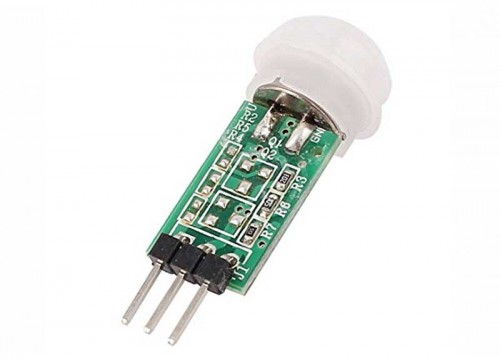 By means of a 4K7 ohm resistor, a Darlington MPSA13 transistor has been connected at its output: the transistor controls an ultraminiature 5Vdc relay, needed in order to supply the power source (or to take it away) to the micro gearmotor (Futura Elettronica’s code: MMG150) and to the stroboscope installed inside the item. The activation of the relay is signalled by a green 3 mm LED, connected in parallel to the relay wiring by means of a 120 ohm resistor, as it can be seen from the circuit diagram below.

The components we just mentioned, along with a pair of terminals, have been welded on a practical matrix board, that is more than adequate for this purpose.

In order to make the decoration look even better, we installed 2 high brightness white LEDs inside the pumpkin’s mouth. They are controlled by an electronic circuit (available for sale in a kit – Futura Elettronica’s code: MK147) that enables the realization of an incisive stroboscopic effect. 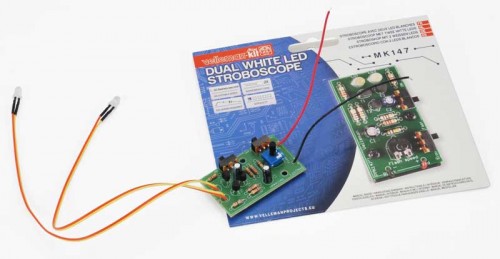 Since everything was powered by means of a voltage of just 5Vdc, in order to make the motor turn much slower we had to modify the original configuration of the 2 LEDs (that expected a serial connection), so to guarantee the same light emission that we would obtain via the power voltage considered by the circuit (9Vdc). Substantially, the LEDs have been removed from the board and connected in parallel to the same board, in the points A and B (as it can be seen from the diagram below) by means of two 68 ohm 1/4W (R8, R9) resistors and two twisted pair wirings (so to install them in the pumpkin’s mouth), while the R7 resistor, found on the PCB, has been shortcircuited by means of a jumper (JP1). 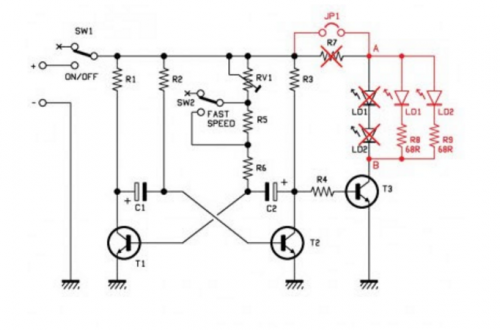 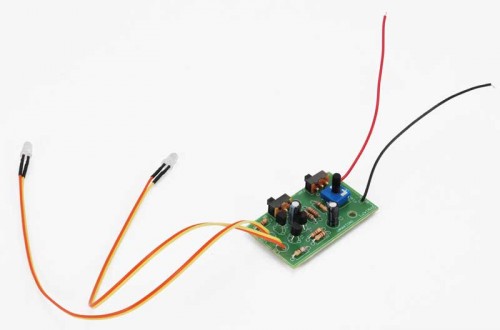 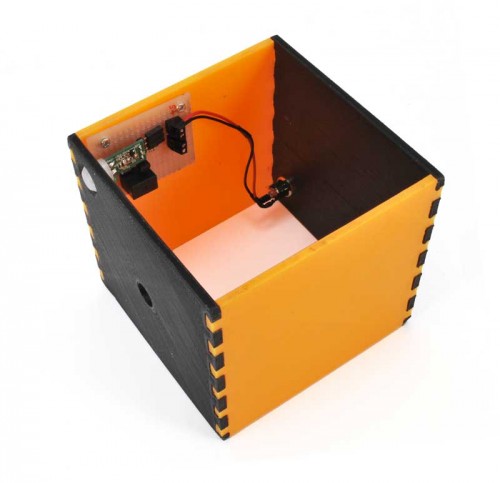 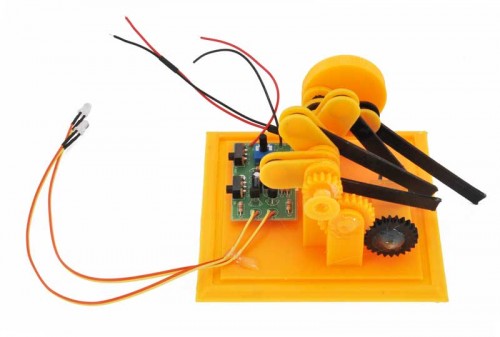 The motor has been secured in his housing, by means of some hot glue, and the same goes for the gear wheel, mounted on the corresponding pivot: this has been made in order to avoid movements along the axis, during the operations. 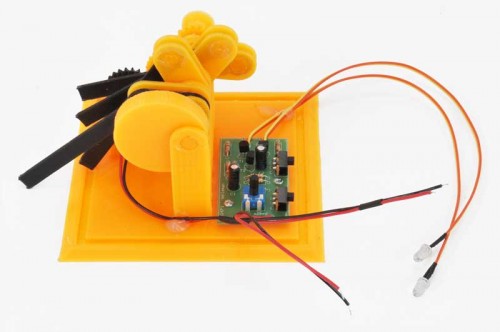 In the inferior part of the pumpkin’s mouth, two oblique 6 mm holes have been made, so to insert the 2 LEDs, then secured by means of the hot glue. 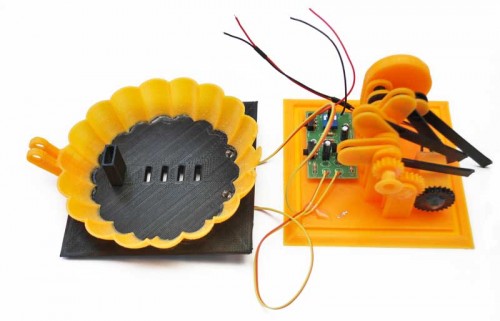 The motor and the MK147 have been connected to the + and – terminals, that respectively depend on the relay’s COMUNE and NA contacts, while the DC socket has been connected from the panel to the matrix board’s power terminals (PWR). 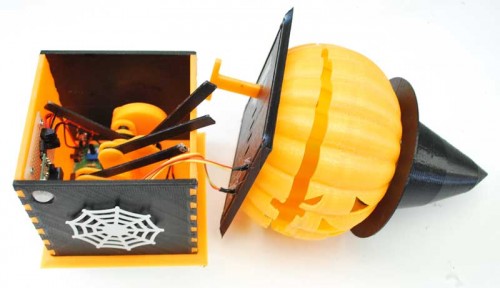 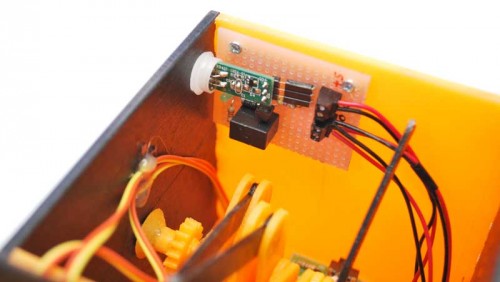 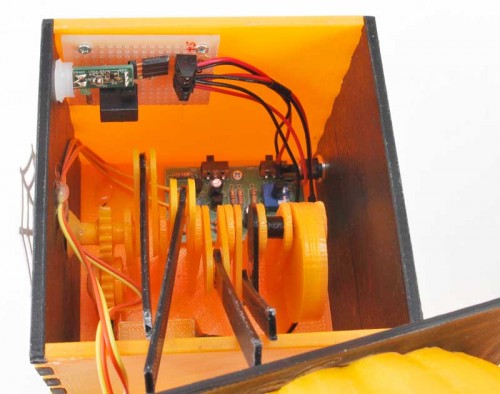 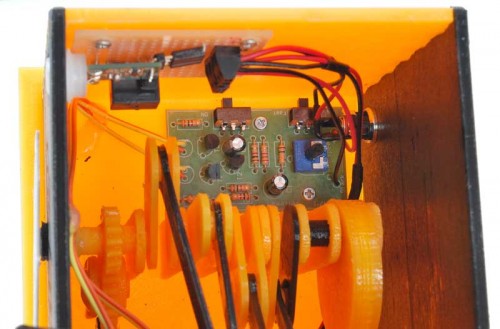 After the small command rods have been inserted in the corresponding holes, the spectral pictures have been applied. 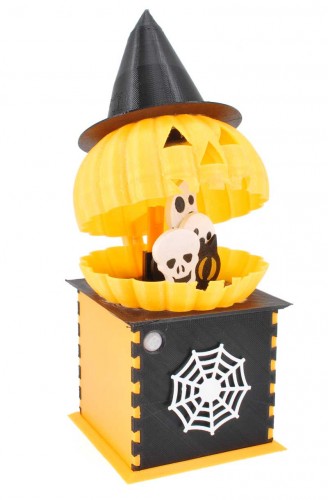 By supplying 5V power to the DC socket, the pumpkin comes alive: it is now ready to make our Halloween celebration even more unique and magic!